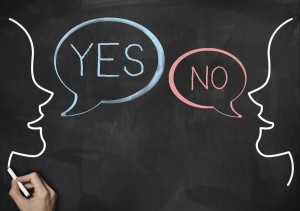 And we all left our classrooms in a safe, orderly fashion. NOT!

There are set guidelines for teachers to follow and the kids don’t really give a damn about my guidelines. They want to get out, check out the action and shoot the breeze with their friends. Seriously, who can blame them? But I always conducted myself with one eye to the future when I’d be sitting on the witness stand getting grilled by the D.A., “So tell the jury Mr. D., where were you when your student, that poor ignorant uh innocent child was being consumed by the flames? Didn’t you know where your students were? Didn’t you have control of your class?” Control of the class – there’s the rub. How do you control a kid who doesn’t want to be controlled without extreme behavioral management?

We’re supposed to take (or have taken) attendance before leaving the room so we know how many students we are responsible for. Once we get outside we are to keep our classes together and take attendance again – a head count. And my count didn’t come out right.

The Danger Was Real

It is a scary thing for a teacher to be responsible for a kid and to not know what happened to that kid in the last 5 minutes. The danger was real. We could smell the smoke from the fire. There were several fire trucks in our parking lot. There were firefighters laying hoses everywhere and urgently running to extinguish the blaze. The cafeteria was located under some very large, very old, very dry, pine trees. Any adult who has lived in Southern California for any length of time knows how quickly a small spark can turn into a deadly conflagration. Teens however see themselves as indestructible and therefore our students saw the proceedings as a chance to get out of class, socialize and gawk. But I couldn’t find Lilith!

What do I do? Unlike the guy in the Bible, I can’t just ‘leave the ninety and nine, and go seek that which is gone astray’. It’s against the law to leave students unattended. So I had to grab the attention of another teacher and have her watch my class and hers while I searched for Lilith. The search involved going from one group of kids to another until I eventually found her in a knot of girls chatting away as if there was nothing extraordinary going on.

I told Lilith she would have to leave her friends and return to stand with our class – school rules – safety rules! Lilith defiantly refused (she didn’t just say no, she was snotty about it), “Why do I have to stand over there? I’m not hurting anything by standing with my friends.”

I tried to reason with her, “It’s a safety rule and I am responsible for your safety. I can’t watch the class over there and you over here. You’ve got to come back with me now.” She still flatly refused amid lots of stink eye and grumbling. I had to get the Dean of Students and she had to threaten Lilith with suspension before she’d return to the area where my class was assembled. Then the Dean told me to, “Write her up and call home!”

Lilith complained that we were unfair and picking on her. That’s what she told her mother. Fortunately, her mother realized that her little girl was in real danger from the fire and we were only trying to protect her. But Lilith didn’t see it that way. Even with her mother telling her that our actions were for her own good, Lilith insisted on complaining that she was a victim of our wanton, senseless brutality.

I call this attitude ‘working to misunderstand’. It occurs when a student (or anybody) encounters an authority figure and refuses to believe that those in authority might actually have their best interests or safety at heart

What makes this significant is the fact that politicians and pundits tend to pontificate about teachers (and law enforcement) as if every child or citizen is law abiding and will respect authority when told to do something or behave in a way that the child or citizen does not want to do. What are we supposed to do? Let the baby have her way regardless of possible deadly outcome? Or are we to use extreme behavioral management in the name of safety and then get branded as brutal? Or do we quit teaching or law enforcement for some job that doesn’t put us in a position of responsibility for the health and safety of those who are so insistent on their right to do whatever they want that they justify their actions by working to misunderstand?

2 thoughts on “Working to Misunderstand: The Fire”