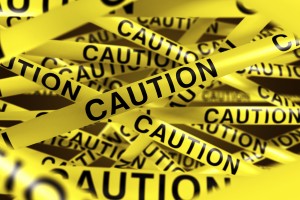 I’ve said it before.  We all do stupid things.  One year, during an icy winter in Chicago, my van was spinning its wheels in a parking lot.  My brother and I got out to push the van off the ice, leaving the van driverless.  That was stupid.  The wheels caught and the van took off.  Fortunately, I was able to catch up to the van and stop it before it did any damage.  I know better but I let myself get distracted.  I never made that stupid mistake again.

To Review:  The New Oxford American Dictionary defines stupid as: “lacking intelligence or common sense.”  Those two phrases aren’t detailed enough for me and so I offer my own three part analysis.  When I hear students call each other ‘stupid’ they usually mean one of three things:
1) a lack of knowledge (ignorance, you were never taught) – that can be fixed;
2) a lack of cognitive ability (your brain can’t make sense out of what’s going on) – that can be accommodated;
3) or a lack of common sense (a lifestyle of unwise choices) – this can rarely be fixed.

The first two should not be called stupid but the third one is stupid and deadly and we need to be able to identify them all for the protection of our children.  I’ll write about each in a separate post.  I’ve already written about ignorance.  Now…

Lack of cognitive ability in a person could be compared to a computer that has problems.  Some programs run slowly, sometimes it garbles or corrupts (forgets or won’t recognize) information or sometimes it just freezes up and doesn’t think at all.  The same things happen to people but don’t call them stupid.  And don’t blame the teacher.

Seeing it, but ignoring it.

For example:  Jimmy was diagnosed as needing special education accommodations but his parents refused to get him in the program (stubborn stupid pride?).  He was 17 years old and still struggling with 4th grade math.  He had terrible difficulties with organization.  Even though he passed it on the first try, he turned in the same lesson three different times, each time done as a completely new assignment, each time with different errors, each time not realizing he had already done the assignment.  I tried to help him but he really needed someone to sit with him every step of the way.  His father admitted that they spent over $5,000 with one of those teaching companies but without success (that’s why they don’t guarantee your child will improve – they only suggest it).  Jimmy wasn’t stupid, he had a cognitive processing deficit.  What was stupid was not getting Jimmy the help he needed.

Across the room there was Charlie.  I’m sure Charlie had Asperger’s syndrome.  It’s a type of high functioning autism in which the person has difficulty recognizing and appropriately responding to social cues [for an excellent detailed description of Asperger’s syndrome, see Rosalind Wiseman’s Masterminds and Wingmen].  At least, I believed Charlie had Asperger’s syndrome but I couldn’t get him assessed – nobody but the kids and I believed anything was wrong.  Charlie would shout across the campus, “I love you Mr. D.”  I like being loved but…  I tried to tell him that some of our more violent clients were also very homophobic and yelling “I love you Mr. D.” was likely to get him a serious ass whipping if he wasn’t more careful.  But try as I might, I couldn’t get him to stop.

Probably the reason none of the other adults took Charlie’s problem seriously is because he was academically high functioning.  He got good grades but drove everyone in his classes nuts.  He was rarely quiet and frequently disrupted the whole class.  If it was in his mind, it came out of his mouth.  One day, after a particularly annoying barrage of motor mouth, the very pretty girl sitting next to Charlie turned to him and screamed, “Would you shut the fuck up!”  Now, those who know me, know I have a tendency to motor mouth but when I was in high school, if one of the prettiest girls on campus ever told me to shut up, I’d shut up.  But not Charlie, he went right on babbling!  Charlie wasn’t stupid, he had a cognitive processing deficit.  What was stupid was not getting Charlie the help he needed.  What was stupid was judging my classroom management without recognizing his cognitive and behavioral difficulties.

On the other side of the room was Charlotte.  She was mainstreamed into my class and she had a host of cognitive challenges which seemed to center around difficulty with directions and anger management.  Many of my students had trouble with directions so I always kept directions short and simple.  One direction I repeated on a daily basis was, “As soon as you finish your work, hand it in so I can go over it.” [Pedagogical note: I graded all student work.  This isn’t possible in very large classes so if you want a description of how it worked in my class, just ask.]  This simple directive caused a huge problem for Charlotte.

On the day of Charlotte’s melt-down, Charlotte walked into class, got her folder from the front of the room and without doing any work she turned in her paper.  Obviously she had finished the work on the last day she was in class but hadn’t turned it in.  I tried to explain.

I said, “Charlotte, why didn’t you turn that paper in when you finished it?”

“So you did it in class, which is okay, but why didn’t you turn it in when you finished it?”

“But I’m turning it in now.  I was absent yesterday.”

“Yes but you were here the day before.  That’s when you finished the assignment and you could have turned it in then.”

“But I’m turning it in now.  You can’t expect me to come to school when I’m sick to turn in a paper!”  Her voice began to rise.

Try as I might, I could not get her to see that she could/should have turned in the paper when she finished it and a quiet discussion of a small classroom procedure confused and frustrated her so much, she threw her books off her desk and stormed out of the room.  She was so upset that she asked to be transferred back to Special Ed. which we did.

Teachers face many challenges in the classroom for which we are well trained.  But what we are not trained to do is to alter time.  It takes a lot of time to help students with cognitive processing deficits.  Imagine having all three of these students in the same class (which I did).  How do I accommodate each of them and teach new material?

Finally, remember, there is a third type of stupid that we can’t fix and the key to our survival is knowing what it is.  More to follow…