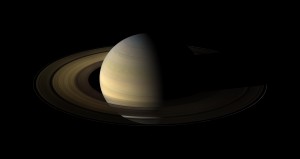 For example: Similar numbers do not signify similar experiences.  Growing up in Chicago, when the temperature was 40º F in February it seemed as though spring had sprung.  In Los Angeles, 40º F in February seems bitterly cold.  Teaching a class of 40 college-bound high school seniors in an affluent area requires some different skill sets than teaching a class of 40 middle-school students in the inner city.  I’m not saying one situation is better than the other.  They both have challenges and rewards (some are the same in each).  But there are also different realities because of the different experiences.  These differences are what drive the controversies over educational reform and teacher evaluations.

Teaching was a mid life career change for me.

I worked as a substitute teacher while earning my credentials.  During that time, and over the next 25 years, even after I was credentialed, tenured and then National Board Certified (NBC), I sat through hundreds of hours of classes, teacher trainings, in-services, seminars and colloquia.  And, time after time, I found that what was being said as “training” or “support” just didn’t seem to relate to or help me with what I was experiencing in the classroom.  I’m not saying it was all a waste of time.  I’m saying that too much of it didn’t relate to my reality, because too much of it was aimed at the top student achievers (those who were working at or above grade level) and not enough was aimed at those who were struggling (put into classes for which they lacked the prerequisite skills to succeed).  Too many tax dollars were spent on training that was no help and too often district policy and the pronouncements of political pundits was/is based on the false assumption that what is true for one is true for all.  And ‘all’ is generally assumed to mean those who are slightly below, at, or above grade level.

Debunking that assumption (and others) is mainly what this web site and posts are about.  Please remember, I love being a teacher and I love teaching.  I’ll give you plenty of reason to love teaching too.  But it isn’t all sweetness and light.  This particular post is an overview and any claims I make will be dealt with (explored and/or proven) in later writings.  This is just a taste.

When I first started as a naive and relatively inexperienced teacher (I had taught music privately), I’d ask questions related to my current classroom experience.  I was frequently told that I simply needed more training.  After I earned my Masters of Education degree and achieved National Board Certification, if I asked a similar question, I was told I was being unrealistically negative or I was denigrating my students.  Let me give you some real life examples of things that happened more than once. 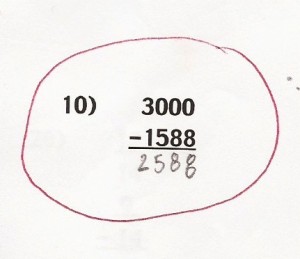 I started to get the idea for Planet Reality at seminars with other math teachers, particularly National Board Certified (NBC) teachers.  The NBC teachers were mostly teaching honors classes, while I, the only NBC math teacher in the district who worked  at a Community Day School (CDS), taught the most at risk and unlucky students in the district.  The other NBCs would share lessons about how their students were solving complex math puzzles and doing creative and involved projects.  When I shared that I was constantly looking for new creative ways to help high school aged students who thought that 3,000 – 1,588 = 2,588 (because they didn’t know basic math) or that 35 ÷ 5 = 0.142857… (because they used a calculator – even after being told not to), the other NBCs would give me a look that said, “What planet are you from?”  Welcome to Planet Reality!

Classroom management training always seemed to assume that every student you’d ever see would respect authority and you’d never be presented with a situation that had no good solutions.

For example: Your daughter is in my math class.  Suddenly another girl jumps up calls your daughter a bitch and starts pounding on her, ripping out her hair and tearing off her blouse.  Pandemonium erupts and the class forms a circle shouting, “Fight! Fight!” and worse.  What do I do?  Do I grab the girl who is doing the attacking?

What would you want me to do to protect your daughter?

I was told, “We don’t touch students.  Call for security on the intercom.”  But what if there is no intercom or it’s just not working or the office is so busy they don’t respond?  I was told, “We don’t touch students.  Go into the hall and call security.”  But what if there is no security in the hall?  I was told, “Send a student to the office to get help.”  But the last time I was at this school it took 30 minutes for security to arrive after I did call on the intercom.  Do I just stand by and let your daughter get the crap beaten out of her?  Then I was told, “Oh you’re just being negative and argumentative.  Maybe you are in the wrong profession!”  How is that helpful?  And if you think that’s scary, read my post about the time I caught a kid with a gun!

But most schools are not that out of control.  Many have the help close at hand to quell violence.  The more pressing disconnect between political policy and reality is with student achievement.  At the time of this writing (early 2014) there is a lawsuit in Los Angeles to change or suspend due process so administrators can more easily fire “ineffective” teachers.

Caveat: In all professions there are those who should not be in that profession for lots of reasons.  I’m just saying that when due process is properly applied it will generally weed out the ineffective or the criminal.  The powers that be don’t like to admit that they aren’t doing their job of closely and carefully monitoring and/or understanding the problem.  This movement to change due process is based on the VERY erroneous assumption that the only reason a student doesn’t learn is because of ineffective teaching (this subject is very complex and will be dealt with in much greater detail later – just go with me with the following short examples).

As I was doing my grocery shopping last week, I noticed yet another tabloid article about a super-model, starlet, celebutante who had a baby and “Got Her Bikini Body Back in Three Weeks!”  What if some politician could pass a law that said if you can’t match her achievement you must be ineffective and therefore don’t deserve to be a mom?  This doesn’t take into account that a super-model has access to greater financial support for trainers, cooks and nannies.  But you can’t say that.  What if you have a malfunctioning hypothalamus and no amount of will power will get you bikini ready?  Would you consider such a law unfair?  I would.

When I was studying ESL (English as a Second Language) methodology for my CLAAD (Cultural Language Acquisition And Development) certificate, a Federal government official told the class that immigrant students entering our classes would be tested for English proficiency so they would be properly placed in our classes according to skill level.  I argued that while this might be the guideline, in practice it just wasn’t so.

My experience was that students were simply placed in classes according to age.  Years later when, due to budget cuts, I was teaching American Literature, I had a Korean student who had only been in this country for three months.  He wasn’t even conversational in English let alone ready for Poe, Hemingway or Hawthorne.  But in the same class I had a girl from El Salvador who had only been in the country for three years and her written, spoken and reading English skills were far better than any of my students who had lived in the U.S. all their lives!  For whom do I take the blame or the credit?

Finally, while doing extra duty as an NBC facilitator with BTSA (Beginning Teacher Support and Assessment), I had to bite my tongue while a district administrator told a room full of new teachers, “If a child in your class isn’t learning, the only thing to examine is your teaching.”

Later, during a small group sharing session, a beginning teacher asked me if I believed the administrator’s words were really true.  I said, “Self examination is always advisable in perfecting any craft.  But there are many factors involved in why a student has difficulty learning, over which we have little or no control.”  She said, “That’s what I thought.  I teach third grade in a bilingual class.  Most of my students are Korean immigrants.  The whole class was doing really well with learning to speak English.  That is, all but one little boy.  He made no progress.  I couldn’t understand what I was doing wrong.  I wanted him tested for special education services and was told I had to wait.  Finally they tested him and I found out the reason he was having so much trouble learning to speak English was because he was deaf!”

Welcome to Planet Reality My Dear!

1 thought on “What or Where is Planet Reality?”