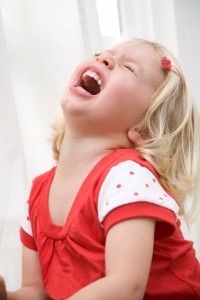 This is a negotiating technique.

I first heard of its use in business.  If it has a technical name, I don’t know of it.  I call it: Two Choices Technique.  But trust me, my Kung Fu is strong and, Two Choices Technique works in parenting and in the classroom.  If you’ve ever been in a discussion of the rules with a child and the conversation seemed to derail into an unwanted negotiation or a fight, you could have used this tool.  And that’s all it is, just another tool in the toolbox of the skillful negotiator.  I’ve used it on children of all ages (yes, even with the hard guys – that’s coming in a later post) but it’s easiest to understand and learn when you see how I used it with 2 year old Charlotte.

I met Megan, Charlotte’s mom, when I was still working in the night clubs.  Megan was so beautiful and I was so infatuated with her that, even though I could tell Charlotte was a poster child for the ‘terrible twos,’ I had to try for a relationship with Megan.  Whenever I tried to talk to Charlotte about her more disagreeable or disrespectful behaviors, Megan would always say, “Oh don’t even bother.  Charlotte never listens to anybody but me.”  So mostly I didn’t bother, until we went to the Griffith Park Zoo.

It was one of those glorious, romantic, Sunday afternoons at the zoo.  We laughed, ate junk food and had a really fun ‘family’ experience – all three of us.  Then it was time to go home.

I had to work that night so we couldn’t stay any longer.  And Charlotte transformed from an adorable child into the spawn of Satan!  She would not get into the van.  She whined; she kicked; she hit her mom; she cried; she screamed so loudly they probably could’ve heard her down in San Diego.  Nothing Megan did was effective in turning the tide of this tornadic tantrum.  So I said, “Let me try.”  And Megan countered with her stock solution, “Oh don’t even bother.  Charlotte never listens to anybody but me.”  But Charlotte had never crossed swords with Big D.!

I squatted down until I was eye to eye with Charlotte.  Then in a quiet, calm voice I started in, “Charlotte, we have to go.   I have to work tonight, so we have to go.  I’m the one who drove, so you and your mommy have to ride with me.  Now your mom and I love you very much, so we can’t just leave you here.  The way I see it, a big girl would understand that.  A little baby would not understand.  You have to ask yourself, ‘Am I a big girl who understands and can get into the van on my own?  Or am I a little baby that has to be put into the van?’  Because, believe me Charlotte, we are going and I am big enough, strong enough, and mean enough to put a little baby in the van if I have to.

“So what’s it going to be Charlotte?  Are you a little baby that has to be put in the van, or are you a big girl who understands and can get in the van on her own?”  She hesitated a second while she looked me in the eye and I gave her my coldest Dirty Harry, ‘Do you feel lucky punk?’ stare.  And without another word she climbed into the van on her own.

Megan couldn’t have been more surprised if I’d turned lions into lambs.  She said, “But Charlotte never listens to anybody but me.”

I said, “Maybe nobody else knew how to talk to her.”

The trick is in wording what you want so that your kid is making their own choice between two alternatives of YOUR selection.  One of the choices should usually be unpleasant and quite possibly cause the child to lose face; the other choice (the one you really want) is a better choice that allows the child to save face.

I could have just said, “Get in the van or else!”  But that takes away Charlotte’s power.  By skillful wording – putting the face saving choice last when it was time for her to choose – Charlotte got to exercise judgement and be the big girl.  And I got her to stop the tantrum (without showing any significant weakness on my part), which is what I wanted all along!