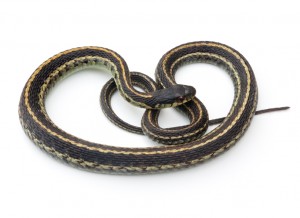 This is a case of emotions overruling good judgement.  I will probably come off as weak, stupid or crazy.  If so, mea culpa!  But these posts about school violence are leading to a tragic conclusion; and if you are to understand the horror and shame I experienced as a teacher, I have to come clean about my shortcomings as well as my triumphs (check out A Ticklish Approach to Self-Defense).

You see, I feel the hurts of others very strongly.  I can’t stand to see others suffer.  Empathy is defined in Wikipedia as “the capacity to share or recognize emotions experienced by another sentient being.”  My empathy goes way beyond that.  Back when I was a kid in the hospital, even though my face was cut, bleeding and stitched back together (see How I Got Gangsta’ Street Credit Without Getting Shot), I was always way more upset at witnessing the pain of the other kids than at my own suffering (‘the eye sees not itself but by reflection, by some other thing’ Julius Caesar Act I,ii).  This wasn’t and isn’t nobility.  It’s a curse.  Occasionally it’s a help, but mostly it’s a curse.  I cry in movies.  I cry during the T.V. news.  Once during an American Literature class I was teaching, I read an example poem out loud and started to cry in front of my students.  “Hey Mr. D. are you crying?!?”  Yeah!  So what?

One morning when I was in 8th grade, I saw Cyrus and Bubba torturing a garter snake in front of school.  They were swinging the snake around by its tail and then slamming it on to the sidewalk.  Despite the valiant efforts of that harmless reptile to escape, somehow the snake survived only to be repeatedly thrown around.

I lost my mind!  I just couldn’t walk past such cruelty.  So I ran up and before they could react, I grabbed the snake and threw it into the bushes where Cyrus and Bubba couldn’t get at it.  They were so stunned, it took them a few seconds to react.  I ran like hell, escaping God only knows what, by running into school at the first bell!  But I’d lit a fuse and I knew it.

What was I thinking?

Obviously I wasn’t thinking.  I was just reacting.  Empathy for a snake overcame good judgement.  I can not recommend pissing off two guys who are bigger than you.  I wasn’t really afraid of Cyrus, just cautious.   He was taller than me but kind of a bean pole.  I didn’t want to underestimate him but I knew he wasn’t the alpha.  Bubba was the dangerous one.  Bubba was the kind of kid you’d want as a line-man when you play tackle football.  He was a big kid.  And he came after me after school – for days.

I tried reason, “Hey man, why don’t you stop this?  I messed up your fun.  I got it.  You’ve got in your lumps on me.  Why don’t we call it even?”  He’d always ignore me and say, “Hey man, why you want to mess with my fun?”  He didn’t really want to listen to any answer – he just wanted an excuse to pound on me.  Oh, he’d stop if people came up, or if I ran away.  But it would start up whenever he could catch me.

Then came the day he started in on me and I had another one of those Popeye the Sailor-Man moments when I’d stood all I could stand and I could stand no more and I swung around and gave him a hard right to the jaw.  And that ended it.  Well, sort of…

After I put my fist in his face, Bubba became my friend!  This doesn’t make any sense other than to say it’s one of those crazy Boy World, male bonding kind of things.  Maybe there’s some primeval biological survival mechanism at work – or maybe it is just plain stupid.  It’s a lot like getting jumped into a gang [jumped in: a gang initiation hazing ritual in which new members are beaten by older members to show toughness and willingness of the new members to follow gang rules].  If you read A Tale of Two Beatings you might be asking yourself, ‘How is this fight with Bubba different from the fight with Antonio?’  And you’d be right to ask.  There are some similarities.  The difference is I grew up around Antonio and had known him for years.  The only connection Bubba and I had was the fight!  Yet despite that single violent connection, for the rest of the year, Bubba treated me like a beloved little brother.  Perhaps my willingness to stand up for myself made me worthy of being his friend.  Make of it what you will dear friends.