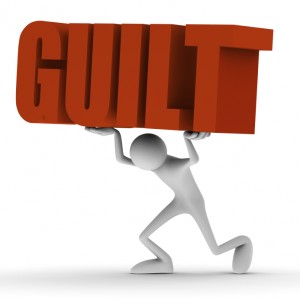 One semester we had a group of dedicated fighters.  They (guys and girls!) got into a big fight at a local park with kids from another school.  We know this because it was in the early days of YouTube and the kids had video recorded the action, posted it and then bragged about it.  As soon as we adults saw the videos we made sure the police were notified and we had YouTube take down the videos.  The video pugilists were expelled from school.

Sadly, while investigating those public crimes, we discovered evidence of an even more heinous crime which had been perpetrated right under our noses at school!  What shamed me the most about it was the fact that, in my eyes, I/we had done everything right and yet I was still unable to protect one of my kids.

What (if anything) did we do right?

We worked hard at protecting our students.  I used every tool in my teacher’s tool box of classroom management to protect students.  Along with my eagle eye and my Captain Bligh inspections, I used assigned seating with seating charts.  I mixed up the students, seating different ethnicities and genders together whenever possible.  I avoided putting close friends together as much as I avoided putting enemies next to each other.

One such pairing I was particularly proud of was George and Abraham.  George was a big, outgoing, black youth of 17.  He was pretty good with his math and I could count on him to do his work.  I sat Abraham next to him.  Abraham was small and shy.  He was Hispanic and had a basic command of English but needed help with his math.  I asked them both if they were okay with sitting next to each other and working together and they both said they were.  It seemed like a textbook example of cross cultural diversity, racial integration and peer tutoring.  It seemed to be working.

The warning and the hidden bully.

My efforts seemed to be working so well that I found it hard to believe the disturbing stories I began to hear at faculty meetings.  I believed my colleagues.   I just didn’t have any evidence to back up what they told me.  They said that George was a campus bully and we needed to keep an eye on him.  I resolved to be even more vigilant.  Then I stood up for George and said that he was never a bully in my class.  Guess again teacher!  Mea culpa!  Man, was I wrong!

Abraham was starting to be absent more and more.  He wouldn’t tell anybody why, but there are always so many reasons why kids aren’t in school.  We ask but we can’t pry (as long as there is no suspicion of child abuse we are limited in how much we can do).  A CDS school is one that regularly gets students with attendance problems, and Abraham’s absences did not seem out of the ordinary.  I tried to encourage Abraham when he did come to school.  I reminded him that he could always get help from me or from George.  But George had a different agenda.

Have I told you that I tried to keep an eye on everything?  Well I did try, but George was too slick for me.  He got braver and started doing his tricks in my class.  As things developed, I was helping other students and didn’t hear what he said but Carol did and she cut loose.  She jumped out of her seat and ran across the room at George shouting, “Dusty ass nigga!  I’ll fuck you up!”  I leaped up and raced across the room just in time to prevent Carol from pounding on George for whatever his insult was.

I was more than a little shocked at what had come out of Carol’s mouth.  I was used to the sweet little black girl who was well mannered, hard working and a pleasure to have in class.  But our kids can be very volatile and George picked on the wrong little girl.  Although Carol looked like half of George’s six foot tall, two hundred pound frame, she boxed Golden Gloves and was sudden death in both hands.  She went after George and if she’d have gotten to him, she’d have taken George apart like an angry chain-saw with a toy watch.  I was glad I stopped her because if she had landed a blow she would have been thrown out of school.  As it was, she still had to face disciplinary action.  It made me mad though that Carol got in trouble for her response to what a bully did to her in my class (see What Happened to David for more such circumstances of a good kid getting into trouble because of a bully).

Then came the fight at the park and the shocking videos.  It was bad enough that our kids went to some park to fight and recorded it and posted it on the internet.  But along with that was a video from a rest room.  There was my ‘good’ kid George beating up on poor little Abraham and laughing!  It made me sick.  I couldn’t believe what I had done.  I’d sat a bully in my class next to his victim and I never even knew it!

The police were contacted and George was arrested.  YouTube was contacted and they immediately took the video down.  I never saw George or Abraham again.  Unfortunately, for the rest of my life, I will have to live with the guilt, the shame or, at the very least, the disgusting memory of that video and the knowledge that as much as I wanted to protect my kids, this time, it just wasn’t enough.

Bullying creates a dilemma for all concerned.  After reading about George you might be saying, “Mr. D. (or the school) should have done more.”  Or you might say, “Abraham should have spoken up”  And politicians, well meaning parents and bullying experts might be saying, “Schools should have active anti-bullying trainings.”  I say, avoid using the word ‘should’ because the problems of bullying are far too complex to be solved by any single magic bullet solution.

What more could (not should) we have done?  Reread my previous posts about bullying.  I tried to give you a sense of how sensitive I am to the feelings of the victims of bullying and how willing I am to risk social censure or even physical harm in defense of a bullying victim.  My colleagues at school were also very aware of our duty to protect our kids.   But, if you reread 3 Things to Know About Bullying, you’ll see that our hands are tied by the rule of law and the rules of evidence.  As soon as we have clear evidence of wrongdoing we take action, but until we have clear evidence, like it or not, the bullies go unpunished.

Why didn’t Abraham speak up?

There are so many possible explanations they are too numerous to list here.  Just remember what I said before, “We live in a culture which allows rude, obnoxious and even violent behaviors to be excused by our friends and family. Many of these behaviors could be considered bullying in different circumstances. In What Happened to David read what Mary has to say about the use of the phrase, ‘I was only playing.’”