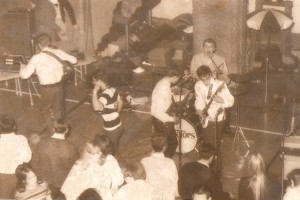 At first, I didn’t know Ben was getting bullied.

You see, I was new to the school.  I transferred in at the beginning of my junior year and by then all the social pecking orders had been long established.  These were kids who had known each other since early childhood.  They grew up together; they went to the same schools together; and they went to the same churches together.  I was a stranger in a strange land, so different as to be from another world.  But I didn’t care.  I was happy they let me go to that school, different as I was.  And I was glad I was going to a school where I didn’t have to worry about getting attacked or threatened on a regular basis. 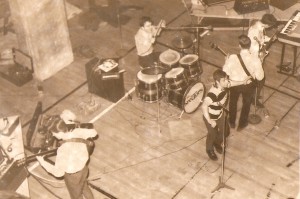 Ben and I got to know each other while riding the school bus.  Few kids wanted to sit next to the outcast or the new guy so that provided us the opportunity to sit next to each other.  I would talk endlessly about my band and Ben talked about photography which was his passion.  He even offered to take pictures of my band.  He took the pictures you see here and he developed them himself (an ancient technology which existed before cell phones).  I’m the drummer and my brother Michael is the guitar player on the far right.

Ben never talked about getting bullied.

I’d seen kids push him around or make fun of him but since I was new, I couldn’t be sure if I was witnessing camaraderie or cruelty.  As I wrote in 3 Things to Know About Bullying, ‘we live in a culture which allows rude, obnoxious and even violent behaviors to be excused by our friends and family.  Many of these behaviors could be considered bullying in different circumstances.’  Maybe what I saw was just harmless stupid fun.  Then came the day I knew for sure.

It was a cold autumn afternoon.  As we waited in the school parking lot the kids on the bus were buzzing in anticipation.  I had no idea what was going on – nobody told the outsider.  As the bus lurched on to the main highway to go home, a large briefcase went flying off the bus, crashing on the roadside spilling its contents into the muddy ditch.  Kids were laughing.  The teacher driving the bus never saw what happened.  I found out later that some kids had stolen Ben’s briefcase and hid it on top of the bus so it would go flying.  I was outraged and would have done something about it if I had known who was responsible.  As violent as my childhood had been to this point, I had rarely witnessed this kind of loathsome cruelty.

From that point on I vowed to do whatever I could to protect Ben.

But the powers of darkness can be subtle and it was a couple of months before I got my chance to be a paladin.

I was sitting next to Ben while riding home on a wintery February afternoon.  The guys behind us thought it would be funny to hit Ben in the head with their gloves.  They’d hit him and stop, and then hit him again.  He asked them to stop and they would for a few minutes only to start up again.  It was very humiliating and annoying for Ben and it really pissed me off.  I had all I could stand.  I transformed from New Testament forgiveness and forbearance to Old Testament wrath and smiting.  I jumped up in my seat, turned around and grabbed each guy by his lapels and snarled, “If you touch him one more time, you’ll have to deal with me!”

I’m really not sure what I would have done exactly.  I guess I was hoping the threat would be enough.  It was.  Mr. Calvin, the bus driver, pulled the bus over to the curb and threw me out!