What do you do with the bully on the bus?

What to do about a bully is not always clear cut.  I want you to put yourself in this teacher’s shoes and ask yourself, ‘What would I do about the bully?’

David Calvin was a history teacher at a small, midwestern, religious based high school.  Along with teaching history, one of his duties was to drive a school bus full of students from the city to school in the suburbs in the morning and back to the city again after school.  It was a nerve-racking and thankless job but Mr. Calvin believed in helping his school as much as he could.

Now even though the school was religious based it was open minded and charitable enough to accept students of different denominations.  That’s how they got the dark haired kid from that tough public school.  And he was different, so different that he stood out. 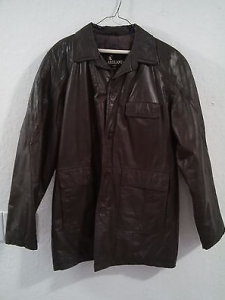 Where most of the other boys were blond, wore kakis, penny loafers and cardigans, the dark haired newcomer wore jeans, boots and a black leather cabretta.

This guy didn’t just look different; he behaved differently.  The dark haired kid made no secret of his contempt for what he saw as hypocrisy in school policy or church doctrine.  He was a wise guy with a motor mouth who was just smart enough to argue effectively and he could derail a lesson almost at will.  He made it no secret that he liked popular music and he even went to dances (which was against church policy)!  The teachers didn’t know if they liked him, respected him or hated him.

He rode Mr. Calvin’s bus, so Calvin had his eye on the dark haired kid.

Mr. Calvin watched all the kids – it was his job.  But safely driving a school bus and watching kids is sometimes an impossible task.  Even at a good religious based private school children still bully one another.  It was just very hard to catch while watching the road.  Many were the times when Mr. Calvin wished they could afford another adult to be security or sergeant-at-arms to watch the kids while Calvin watched the traffic.

What would you do?

Then it happened, one day on the way home.  They were stopped at a traffic light about two miles from their destination so Mr. Calvin had an opportunity to look in the mirror and survey the behavior of the students.  That’s when he saw it.  There was the dark haired kid, turned around, kneeling on his seat.  He had grabbed the coat lapels of the two guys sitting behind him and he was obviously threatening them with bodily harm.

Mr. Calvin didn’t miss a beat.  He immediately pulled the bus over to the curb and ordered the dark haired kid off the bus.  Surprisingly, the kid didn’t argue and got off.

What would you have done?