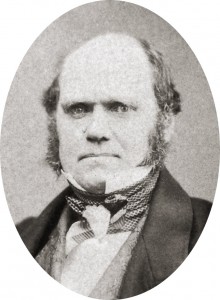 Be honest now!  Has anyone ever made you so angry that you had evil thoughts?  My dad used to say, “I’m so mad I could spit nails!”  I believe anyone who is or ever has been a parent or teacher has had that experience, troubling though it may be.  The story that follows is definitely a tale from the dark side of ‘The Force’ and I probably don’t come off so well.  But I offer it in a spirit of Socratic inquiry to test our preconceived notions and cherished assumptions.  Or maybe I just feel like spittin’ nails!  So work with me.

A district administrator had visited our school and toured the classrooms to keep tabs on how we ran our school.  After the students left for the day, we had a faculty meeting during which the administrator gave us her evaluation which clearly demonstrated that she didn’t have a clue as to what modifications to standard procedures were necessary at an alternative (CDS) school.  Through most of it we just bit our tongues and took it.  Then she went too far.

She said she was concerned that I (and some others) didn’t have ‘the Classroom Norms’ posted.  [Classroom Norms is the euphemism for class rules.  Rules sound negative.  Norms sounds positive.  But norms are rules and by any other name they smell the same.]

I blew up (obviously too much caffeine and not enough fear).  I unwisely roared, “I’ll give you two very good reasons why I don’t have the norms posted.

“First of all, I don’t have wall space.  I have all sorts of things that are required to be on my wall – like:  legal documents, testing schedules, graduation requirements, copies of the standards being studied, and copies of student work.  There is so much paper on the walls of my room that my room is a fire hazard.  I’m surprised the fire marshals haven’t shut us down.

“In the second place, and even more significantly, you have to understand that at an alternative school we get those who can recognize ‘an oasis of second chances’ and we get those who have an ‘appetite for destruction’.  Even if I had wall space, I believe that, here at this school, posting norms would be a waste of time because, those who’d read it wouldn’t need it and those who’d need it wouldn’t read it.  If these were the kinds of kids who obeyed signs there would be no need for this school!”

A hush fell over the room.

I advise my students, ‘Know when to lay low and keep your mouth shut!’ and ‘In unfamiliar settings, follow the Thumper rule: If you can’t say anything nice, don’t say anything at all.’  By not following my own advice, I didn’t make any administrator friends at that faculty meeting!

On the way home I brooded.  The dark side of ‘The Force’ began to assert itself.  I began to ask myself, ‘Do signs symbolize a communication from the state that reminds us of our duties under the social contract?  How important are signs?  How do you teach respect for signs?  How could you enforce a sign if a kid simply ignored it or refused to obey it?’

I’ve got it!  On every campus, you erect a life-size, copper statue of Charles Darwin, electrify it, and put signs all around it saying, “Do Not Touch!”