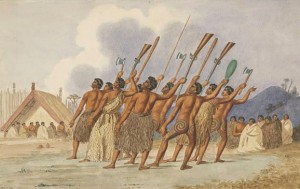 I never considered myself a terrifying person, but apparently I am.  I would never recommend using terror as a teaching tool, but this time apparently it worked.  This is a case of, “oh the gift that God could give us, to see ourselves as others see us!”  You never know what people (students) will take away from our encounters (lessons).  You see…

I was teaching 5th grade as part of my student teaching requirements.  The moment of terror occurred during language arts (English).  In one of the many swings of ‘reform’ that teachers are subjected to, we were currently teaching English using the technique known as ‘whole language’.  Whole language consists mainly of learning all of grammar, spelling, vocabulary and good writing structure by simply reading well written works of others.  [Don’t get me started on how flawed I think it is to use this as the only technique – just accept the fact that as a beginning teacher I had to conform to whatever the current policies were.]

One of the ways to make whole language more effective was to bring in material that relates to what is being read.  That material was frequently real stuff [known pedagogically as ‘realia’ – they like it when you use educational jargon] and I had a lot of it.  One of the first stories we were to read was a tale of the power of love in which a Maori girl named Hinemoa swims to Mokai Island in Lake Rotorua to be with her boyfriend, Tutanekai.  At that time I was married to a champion swimmer from New Zealand.  Although she wasn’t of Maori ancestry, she was very well steeped in the Maori and Polynesian cultures, so she was able to educate me and I got a lot of realia to bring into class.  I had Maori war clubs (replicas!), jewelry, pictures and music.

Along with the music I had a recording of a Haka.  I explained how the haka is a noble tradition with the Maori people.  Anthropologists label the haka as a shouted posture dance.  The haka is used in many ceremonial settings but it is probably best known as a war cry and threat response.  But when I played the famous Ka Mate haka (on a little cassette recorder), my students were unimpressed.  “That’s not very scary,” they said.  I had to agree.

I had seen the New Zealand rugby team (the All Blacks) do the haka and they are formidable.  My wife swam on the New Zealand national team and she would undergo an amazing transformation by doing the haka.  She’d start out as a beautiful cross between Aphrodite (the Greek goddess of love) and Artemis (the Greek goddess of the hunt) and while doing the haka she became a warrior fierce enough to strike fear into the heart of the devil himself.  She scared me!  So I knew that my students weren’t getting the real picture from just listening to a cassette.

A demonstration was in order.  I explained that a little cassette couldn’t match the power of grown adults shouting at the top of their voices.  I set the stage as I walked to the back of the room.  I told them to imagine walking down a forest path.  At that point I picked up the long pole we used to open our top windows.  I kept my voice low, carrying the pole like a spear.  I circled around to the front of the room.  I reminded them of the dense forest, with unknown danger around every bend.  Then suddenly a band of warriors, naked from the waist up, black tattoos on their faces, leaps into the clearing shouting, “Ka mate, ka mate! ka ora! ka ora!  HA!”  I shouted the “HA!” as loudly as I could, and with the “HA” I leaped forward, brandishing my spear with my face contorted into as terrible an expression as I could manage.

I know the look of terror when I see it and I must have been really terrifying.  Kids levitated out of their seats, hair flew back, eyes bugged out in panic.  Then they quickly recovered and shouted in unison, “DO IT AGAIN!”

Epilogue:  You never can tell.

Even though student teaching only lasts a relatively short time, I did develop a fondness and connection to my 5th grade class.  So before the semester ended I went back to pay them a visit.  I was warmly welcomed back like a long lost Dad amid cries of, “We miss you.”  I said, “Yeah, you may miss me but did you learn anything while I was here?”

I said, “I’ll only do it if you can tell me what you learned.”  I figured that would save me from having to do my dance.  They fooled me.

They cried out, “It’s a shouted posture dance!”

It turned out that terror, in this instance, was an effective teaching tool.  So I did the haka one more time!