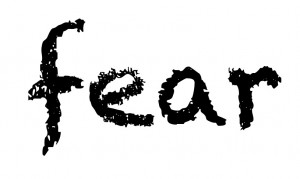 Children aren’t the only ones who get bullied.

Bullying travels in every direction following the shifting currents of power.  Yes, even teachers get bullied.  Sometimes we are able to handle it and the bully doesn’t succeed (see: Two Choices Technique and the Gangsta’).  But sometimes even the most experienced and toughest of us can feel unsure of what to do next or what will happen next and that can bring on a very deep fear.  I have felt that fear.

It seemed to have happened both gradually and swiftly (I know that sounds absurd but that’s how it seemed).  One minute I was giving an assignment and the next I was being threatened by a boy much larger and younger than myself and he was saying things like, “What you gonna do about it?  You gonna hit me?”

I was substitute teaching in south-central Los Angeles at a high school that could easily be designated as ‘in the hood’.  It was a math class.  I had taught there before and I knew to mind my manners and watch my back.  The morning was uneventful and I was looking forward to a peaceful afternoon but it was not to be.  As I was giving the daily assignment one boy named Andrew wouldn’t stop talking or get to work.  What to do?

This was a different situation from the one in Two Choices Technique and the Gangsta’.  In that case I was teaching in my own room and I knew I could count on back up from the office if things got out of hand.  As a sub working in the hood I knew better than to push my luck if I wasn’t sure of the quality or speed of back up at a particular school.  I politely asked Andrew to get to work and he flatly refused, “Man, you’re just a sub.  Why don’t you just relax?”  So, before I ventured to seriously get on Andrew’s case, I reviewed my options.

First I checked the intercom.  Bad move!  The intercom didn’t work and trying to use it told Andrew I was upping the ante on my classroom management. 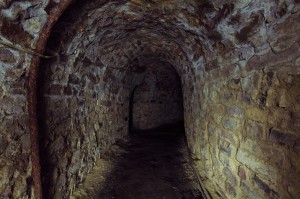 Then I went to the door to call for security.  Bad move #2!  Not only was there no security in the hall (uncommon but not unheard of), but half the lights in the hall were out!  That added to my fear.  The darkness in the hall made it look more like the shadowy entrance to the crypts of Castle Dracula than a passageway to higher learning.

By this point Andrew knew I was ‘trying to get him in trouble’ [That phraseology reveals how the kids frequently see it.  I saw it as doing my job of being goal oriented and keeping students on task.  The needs of the many… etc.].  So when I turned back to face the room, Andrew was standing in a rather aggressive posture between me and the class.

I tried to relax.  Bad move #3!  As a piano player, I had developed the habit of easing tension before an important performance by breathing deeply and by clenching my fists and then relaxing them.

Andrew saw me clenching my fists and he made the most of it saying, “Oh, you gonna hit me?  You think you bad?”

Time for some really fast talking on my part!

I said, “You misunderstand me sir.  I would never hit a child.  And legally you are all children.”

“Oh, so you scared,” Andrew taunted.

“Look here,” I said.  “I would never hit a child.  But you must consider this, if I were attacked, I would defend myself.”

“Oh, you think you bad,” Andrew didn’t back down.

How I escaped a beating.

“And there’s a couple of other things to consider.”  I was motor-mouthing now but there was nothing else to do.  “Consider this.  Is there any honor in whipping a white haired old man?”  I paused to let him think about it.  “Or consider this.  Is there any honor in getting whipped by a white haired old man?  Because you don’t really know me.  I grew up on the south-side of Chicago and I’ve been teaching around south-central L.A. for a number of years so I must know something to have survived this long.  And I assure you, whatever I lack in youth and energy, I make up for in OLD AGE AND TREACHERY!  So you’ve got to ask yourself, how much do you want to find out about me?

To my immense relief, Andrew had had enough of my war of words and stormed out of the room.