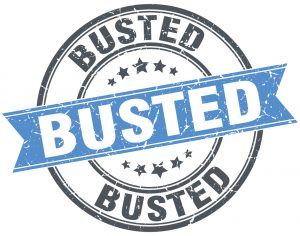 My brothers liked to laugh at me. Whenever we would talk about police, they would drag up the following story. We had just left a Jethro Tull concert at the Aragon Ballroom in Chicago. I was the designated driver and I noticed my younger brother was very stoned and still had rather large quantities of hashish and mescaline on him. I made him throw it all away (after much arguing from him about how I was wasting money). My brothers would later taunt me saying, “Those cops that were following us never stopped us. You made Mikey dump his stash because you were scared and nothing happened.” And then they’d laugh again. I’d always counter with, “And which one of the three of us has never spent a night in jail? Your friends have gotten you both into trouble but you never spent a second in jail because of me.”

I’m not trying to say I’m without sin. I’ve been lucky. When I talk with my kids about dealing with authority figures I admit, I got caught speeding on the 405, and I got caught j-walking across E. 4th St. over by Roosevelt High in east L.A.. But that’s all I’ll admit to. My students consider me a lightweight. My point to my students is, so far, I’ve never been locked up, and I’ve never hurt anyone. I’ve tried to be careful and not do anything stupid. When I did have encounters with authority figures I never made it worse by getting a confrontational attitude. I have technically broken the law, but I don’t see myself as a criminal. I’ve had other brushes with the law but those are stories for another time. [Feel free to ask.]

We use to be able to go off campus for lunch, way back when we still had some flexibility in how we ran our school. I was on my way to Los Tacos to get some lunch and I passed the bus stop where I saw Billy waiting for the bus. I said, “Hi” and went on to lunch. I saw Billy again, a half hour later, as I was returning to school. Only now, Billy was handcuffed in the back seat of a Sheriff’s patrol car. What happened?

I introduced myself to the sheriff and asked what had happened to get Billy in handcuffs. The sheriff said, “Billy here is out on parole. Part of his parole agreement is he is supposed to go straight home after school. We passed by here about a half an hour ago and reminded Billy that he had to get on the next bus south which was right behind us. If we came back and caught him here after the bus had left, we would have to take him into custody. We saw the bus leave, we came back half an hour later, he was here, and we took him into custody like we said we would. When we searched him we found a bag of weed in his pocket so now we have to arrest him.” [Author’s note: This occurred back before California changed it’s marijuana laws but even with the new laws Billy was underage.] Another example of stupid criminals.

What I’d say to my kids:

I would tell this story to my students and they would complain about unfair laws, and unfair cops. I tried to make them see that they have to ‘play the game’ of laws and authority figures. This is what I’d tell them, “If something is against the law, if I were holding any kind of contraband or illegal substance (drugs, booze, weapons, naked lady pictures) and the cops came by and told me they would arrest me if I stuck around, I’d be gone like a cool breeze. But no… You guys want to complain about unfair cops rather than admit to being stupid criminals.”

Later, we teachers discussed Billy’s arrest and figured that he missed the bus because he was waiting to make a connection (i.e. sell the weed) and it didn’t go down like Billy wanted.

Could you be more obvious?

Talking about stupid criminals isn’t just talking about committing crimes. It’s also about stupid behaviors that come from thinking they could get away with anything. Once when I was subbing at a school with a predominately Hispanic population, my students asked me if I understood Spanish. I quickly rattled off my stock list of useful Spanish phrases for hello, sit down, be quiet, and “Uno más cerveza!” which usually gets a laugh. They could tell I was not conversational in Spanish.

A girl entered the classroom late, and her girl friends whispered, in English, in a voice that was nearer to a shout, “He doesn’t speak Spanish. Tell him you don’t speak English.” I had to laugh at the foolish absurdity of it. No wonder our jails are full. America has some of the dumbest criminals in the world!

Other signs of lack of respect for authority

This breaks my heart. I could go on about the stupid criminals who stole a car and thought the police wouldn’t know it was stolen because they were driving it to school [Read: What Happened to David]. I’ve already written about the fools who stole a car, ran out of gas, and tried to rob a furniture store at gunpoint – on Easter Sunday [Read: Gunfight at the Furniture Store]. And a story of stupidity that really scares me is the one about the kid who went into the suburbs and shot a stranger just for a gang initiation [Read: Gangstas’ Have Cars].

Many of my students had tattoos, or, as they say, ‘they were tatted up’. Some of the tats were small and relatively inoffensive. Gang tats were another story. And then there were the just plain vulgar, like the ‘job killer’ Roberto got on his forearm which spelled out in beautiful script ‘Fuck Love’. We were discussing tattoos one day, and the many ways they could go wrong [See chapter 9 of What Happened To David for a tale of a tat gone wrong]. We reviewed some of the many names of tattoos. There are ‘pieces’ (short for masterpieces – large very artistic tats), ‘job killers’ (those that show on the hands, neck or face), and ‘bumperstickers’ (small tats here and there like crosses, skulls, flowers, or hearts). I happened to mention the tattoo that many women get just over their buttocks is called a ‘tramp stamp’. Hera became enraged and began shouting, “I’ve got a tattoo there and it’s not a tramp stamp. It’s the name of my daughter! And I won’t let you disrespect my daughter.”

I didn’t even know she had a tattoo. At that time, I didn’t even know she had a daughter. I meant no disrespect. But it breaks my heart when the stupidity of criminals hurts those closest to them – their family. I have many friends and colleagues who do not have any tattoos – no judgements. I also have more than a few friends who have tats and some of them are heavily tatted up – no judgements. I asked them all what a tattoo over the buttocks is called, and they all agreed it’s called a ‘tramp stamp’.

Hera got very angry over something that wasn’t disrespectful of her or her daughter.

Some might think that Hera would best show her respect for her daughter by getting through high school and staying out of jail.

Hera came to us from jail, having assaulted a student at her previous school. For many kids our school really is an ‘Oasis of Second Chances’. It’s hard to tell, at first, which kid is trying to turn their life around and who is so damaged that they have the pedal to the metal on the highway to hell. There’s no telling how long it might take to find out who can’t deal with authority.

At first Hera seemed like she was trying but… 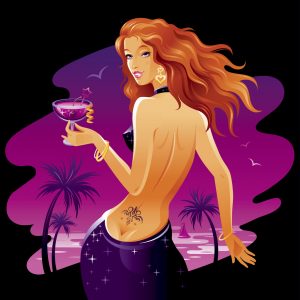 She liked to party. Again, some might think she would try to get though school to help her daughter, rather than showing up drunk. She was one of the drunks I wrote about [See: Drunks at School]. I caught her and her sister drunk as can be at 8:30 in the morning. Later, in the office, Hera had a crying jag (of drunken regret?) about her daughter. We still hung on to her and tried to help her.

Some might think Hera would try to be there for her child rather than go back to jail – but… Hera left us after going down to the nearest high school where she assaulted and robbed another girl. Pitiful Hera was not just a criminal but a stupid criminal. Went directly to jail. Did not pass go.

Many of my students just could not see any advantage to getting out of a ticket or staying out of jail if it meant showing any capitulation to authority. Until we change this type of thinking we will always be the nation with the highest incarceration [or police shooting] rate in the world.

1 thought on “Stupid Criminals and the Tramp Stamp”