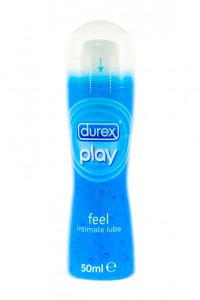 The Importance of Sex Education

As an Algebra teacher who believes in rigorous high standards for my students, I believe that sex education, family planning and life skills are far more important subjects for our students than Algebra!  There I said it; and I stand by it.  I do believe a firm grounding in Algebra is important, it’s just not as important as a firm grounding in sex education, family planning and life skills.  But I can hear your snorts and guffaws of indignation out there already.  Perhaps you think I’m being a bit extreme.  Perhaps you disagree.

Perhaps you would quote the current statistic that says that, in America, the number of teen pregnancies is down, and you’d be correct.  But here on Planet Reality, that statistic seems to be talking about somebody else’s kids.  When four girls in the same math class, in the same period are struggling with learning math and dealing with pregnancy and when many boys are distracted because of family issues with girls they got pregnant, I can’t see how an emphasis on Algebra, without also offering better training in life skills, is in my student’s best interests.

Perhaps you think that sex education is the parent’s job.  Perhaps you believe the current canard that claims that today’s teens of the New Millennium are more sophisticated, knowledgeable and worldly.  But here on Planet Reality, when the new teacher, who transferred in, begs the administration to set aside time for sex education because at her last school they had to notify the parents of a student epidemic of gonorrhea of the throat, it seems that not enough parents are being effective enough when teaching about sex; and not enough of today’s teens are as sophisticated as they need to be or believe they are!

So we set aside time for sex education.

Many teachers, schools, districts, politicians and parents are uncomfortable with sex education in the schools.  Some adults can’t mention body parts in public.  I respect that.  And with teens – just the mention of a breast, a penis or a vagina can send the room into hysterics of laughter or shrieks of embarrassment.  Also with teens, any boasting or witty repartee can destroy a lesson or, on rare occasion, cause it to succeed – you be the judge.  Respectful, serious yet effective sex education requires a special skill set.  I respect that too.  So let those of us who are comfortable and qualified teach it.

To show the serious aspect of our sex education we had to get signed permission to teach it from parents (we can regularly teach about horrific historic acts of war and killing but we need permission to educate teens about love and sex!).  For this particular lesson we got a representative from the Los Angeles Free Clinic to do a whole school presentation on effective condom use.  After which, we were to return to our classrooms and do follow up question and answer.

One caution the representative repeated many times was to always use a good water based lubricant with your condom.  Knowing what the presentation would be before it was given, and knowing that a discussion of differences in lubrication would be lost on many of my students, I cooked up a lesson to make it very clear just what the difference is between petroleum based lubricants and water based lubricants – and one of my guys gave me the straight line of a lifetime.  Please remember, I don’t advise witty comebacks in the classroom.  But I am an experienced educator and shameless showman and sometimes you just can’t help going for it!

The lesson was simple and needed only three supplies.  First, I needed a sink for students to wash their hands in.  Our CDS school was a series of one story bungalows, each of which had a sink with soap and coarse brown paper towels.  The only other things I needed were a jar of Vaseline Petroleum Jelly and a tube of K-Y Jelly.  Before I started though, I had to establish that this wasn’t time for disrespect or comedy.

I asked, “Are there any questions?”

Ricky asked, “Hey, was that guy gay?”  Followed by snickering across the classroom.

I stayed cool and asked, “Why do you ask?  Did he ask you for a date?”

“I’m trying to say that good advice is good advice no matter the language or the presenter.  Unless the presenter asked you for a date (which he did not), his sexual orientation is irrelevant to our lesson!  Now, are there any serious questions?”  There were none so I proceeded with my lesson.

I had each student come up to me individually and I put a dollop of petroleum jelly on their right index finger, and I put a dollop of K-Y jelly on their left index finger and then told them to go wash them off.  The oohs and aahs and excited conversations told me they were getting it.  Or, in the parlance of the pedagogy of Piaget, students were kinesthetically constructing knowledge for themselves.

But when I called Ricky, he just had to prove he was aching for a breaking.  He swaggered to his feet, hitched up his pants and announced in a loud contemptuous voice, “When I get busy, I don’t need no lube.”

You know my methods Watson.  One of the most effective ways to disagree with someone is to start by agreeing with them.  So when Ricky announced, “I don’t need no lube.”  I agreed.

I said, “You’re probably right!  When you try to put something SMALL into something big, lubrication is seldom needed.  But my experience has taught me that, if there is any kind of a tight fit, do your partner a favor, do yourself a favor, do your lucky condom a favor and ALWAYS USE A GOOD WATER BASED LUBE!”  QED, end of discussion.