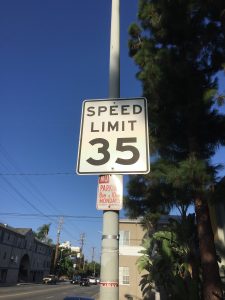 I wanted to help my kids avoid unnecessary problems with authority figures. Of course, I wasn’t so naive as to believe I could advise them so they would have no problems with authority figures. I just wanted them to learn that it is occasionally possible to de-escalate a situation. I wanted them to understand that what I was saying might keep them from turning an unfortunate situation into something much worse or deadly.

Too many of my kids had trouble with law enforcement or school officials. I have written before about the variety of kids we got at a CDS school. Some were there because they were criminals. Others were there for silly mistakes. And a few were there simply because they were teenaged idiots. They all needed advice for how to deal with the cops.

I told my kids the following true story about how I handled an encounter with law enforcement. To be truthful, I wasn’t ready for my students’ shocking response. 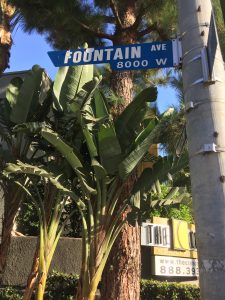 I was driving east on Fountain Avenue in my wife’s Dodge Daytona Shelby Z. The Shelby is one badass high performance sports car but I knew enough to be cool and drive the speed limit of 35 MPH. Also, I was behind an LAPD cruiser. I drove cautiously.

The officer walked up to me, demanded my license and registration and then said, “You were doing 35 in a 30 for a couple of miles but when you sped up to 40 I had to stop you.”

[Short Physics Note: I could have pointed out to him that he was slowing and I was passing and even if he used radar, the doppler shift would have given a mistaken reading. If we went to court I knew I could prove I was right using vector analysis, but I didn’t want to go to court. And I was certain it would not help me to annoy or embarrass the cop with a lecture about a fine point of science.]

I knew that the speed limit on that stretch was 35. I pointed to the ‘Speed Limit 35’ sign right overhead of where the cop had pulled me over. He was unimpressed. He said, “It just changed here.”

I said, I am certain the limit is 35 but if I’m mistaken can’t you give me a break? I’m not a criminal or scofflaw. It’s not even my car. It’s my wife’s.” He checked the registration and saw it was true.

I said, “Besides, we are in the same business. I’m a teacher. We are both working to make a better world!” The cop eyed me with disgust. He threw my license in my face and said, “Preserve some dignity. Get out of here!” And I drove away – without getting a ticket!

Why this is important.

I found that many of my kids had gotten into trouble because they took any questioning or correction by police or school officials as a personal insult and/or a personal assault. I’ve asked students to sit down or get to work in a calm voice and the kid would bristle and shout at me, “Why you yelling at me?” This is a matter of dumb, self-destructive pride. Like in The Three Musketeers:

“d’Artagnan took every smile for an insult, and every look as a provocation…”

That may be fine for a romantic novel about the 19th century but it can be deadly on modern city streets. I could not get through to my kids that there is a time for pride and there is a time to shut up and let your lawyer handle it.

Epilogue: What my students meant by, “You Punked Out!”

It is also important that we are clear on how my students were using the word punk because it clarifies their insistence on the importance of pride and their disgust at my response to the cop.

The New Oxford American Dictionary defines a punk as

• a worthless person (often used as a general term of abuse).
• a criminal or hoodlum.
• US derogatory (in prison slang) a passive male homosexual.

When my students used the word punk they are using the prison slang version. But the dictionary definition doesn’t go far enough. To my students, a punk is someone who will submit to any indignity for others out of fear. A punk will commit a crime for others. A punk will even submit to being sodomized on a regular basis. That’s what it means when someone says, “He made you his bitch. He punked you out.”

My students just could not see any advantage to getting out of a ticket or staying out of jail if it meant showing any capitulation to authority. Until we as a nation change this type of thinking we will always be the nation with the highest incarceration [or police shooting] rate in the world no matter how polite the police are.

2 thoughts on “Punked Out to an Authority Figure”