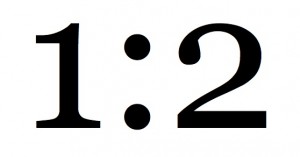 The truth is stranger than fiction!

Bet you never thought you’d read that I was paid too much.  I was told by a reliable source that according to the District, the number of students at my CDS alternative school didn’t justify the salaries of teachers (like me) at the top of the pay scale (Hell’s bells!  I took the classes.  I put in the years. I’m an expert and these kids need an expert!).  I was told that I was being watched downtown because I’m so highly qualified and too highly paid!

What this meant was, district officials could walk on campus at any time looking for some reason to overcrowd my classroom, transfer me, or worse.  I can handle it.  What chaps my hide is that they would often make snap judgements about complex situations when they should spend much more time getting to know what’s really going on in a class.  Frequently administrators will question students about what they are studying or how they are getting along.  But randomly interviewing students in a highly transient school district doesn’t always yield an accurate picture.  The students could be (and frequently are) new to the school or class.  It takes time for us to have an impact.

This need for time to reach a kid is most important with at risk youth because they often take a long time before they begin to trust and/or respect a teacher.  Many students told me that, when they first met me, they thought I was either insane, or the meanest son of a bitch they’d ever met, or both!  That often changed only with the passage of time.

That’s why I wish there had been a district administrator there when Darla Rojas came by to visit.

Darla, a former gangbanger, came to our school some years ago for holding a box cutter up to another student’s neck.   She was and still is barely 5ft tall and 80 lb. soaking wet and she could go from sweetheart to tough as nails in a heartbeat.  I hadn’t seen her in years.  Then out of the blue she showed up one day to visit.  It was during my conference period when I didn’t have any students so it didn’t disturb class.

She gave me a big hug (she is gay and had never hugged me before!).  She said she worked over in Century City and she skateboarded all the way to West Hollywood and she wanted to thank me for how much I helped her.  She said she hated me when she first met me but later came to appreciate what she learned from me.  She told me she had given up the gang-banging lifestyle a while ago and had since signed up with the Peace Corp!

That same week, a former student of mine got 77 years to life for second-degree murder.  He shot and killed a pizza deliveryman because he didn’t like the way the deliveryman was driving.

You win some, you lose some.  I got to spend more time with Darla than with the pizza killer.  How much is me, how much is the kid?  Do I get credit for Darla’s success or blame for a senseless murder?