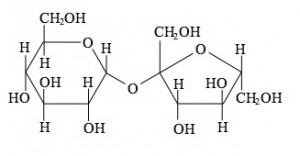 Sometimes I’d get debate from kids but not often.  I’d just repeat that, as a teacher working for the state, I couldn’t endorse breaking the law, and I’d ask them to hold off judging what I have to say until I’d finished talking.

Define: What is a Drug?  What is Addiction?

Then I’d say, “Before we go on, we have to make sure we are talking about the same thing.  What’s a drug?”  They would shout out, “Weed; X; crack…” and more.  And I’d say, “Those are the names of drugs.  What makes them drugs?  I repeat my question, What is a drug?”

We’d bandy that one around for a bit (depending on the amount of time available) and then I’d tighten it up by saying, “A drug is a thing, substance or idea used to alter mood, body function or both.”  And since the potential for addiction or abuse of drugs is always there, I’d include a definition of addiction by saying, “An addiction is a pathological relationship with a thing, substance or idea that has life damaging consequences.  So in simple terms, if it ain’t food necessary to sustain life, it’s drugs.”

This concept would get different levels of acceptance and we’d have to define terms a bit.  Altering body function could be something like taking aspirin for a headache.  Usually we’d eventually agree that ‘mood altering’ was another way of saying ‘getting high’ or ‘self medicating’ and that is what most anti drug messages are talking about.  It could be any kind of drug induced mood altering, from getting drunk on a case of beer because of a bad day at work, to eating a pint of ice cream to ease a broken heart.

Now that we have agreement that almost anything can be a drug we need to acknowledge that any drug (or even food) can be taken to an unhealthy extreme.  I’d usually use the example of the girl who entered a contest to see who could drink the most water in an hour and later died because she drank so much water that it created an electrolyte imbalance in her body and her nervous system was unable to transmit the electrical nerve signals necessary to keep her alive.

What have you seen?

Then I’d go for my clincher, “Now I have one more question to ask.  You know I’ve worked as a professional musician.  I’ve performed every kind of place from outdoor concerts to funky hole-in-the-wall nightclubs.  I’ve seen every kind of drug use and abuse you can imagine and some you can’t imagine.  But, no matter what the drug, whether it’s champagne, cocaine, crystal or cheesecake, I’ve seen folks who did it and seemed okay and I’ve seen folks who have taken it way too far.  So I now ask you for a show of hands, in your own life, have you ever been to a family gathering or a party or maybe just walking down the street and you saw someone and you said to yourself, ‘THAT FOOL DID TOO MUCH!’?”

Then every hand in the room goes up!  And I’d say, “Now we’re talking about the same thing!”