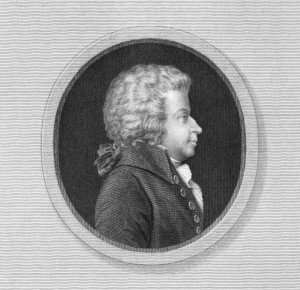 I played Mozart for weeks. Just as I was about to conclude that my students were all deaf, I heard Maria whistling. Here was a beautiful waif of the inner city absentmindedly whistling the Romance (Andante) from Mozart’s Eine Kleine Nachtmusik! I was thunderstruck! I was so amazed that I forgot to chide her that whistling is not part of normal classroom protocols.

I said, “Maria! Have you any idea what you are whistling?”

Maria said, “Oh, it’s that damned song you keep playing. I can’t get it out of my head!”

Well, never let it be said that Herr Mozart had no effect.

I tried other music as well. Miles Davis was well received but didn’t improve performance. Beethoven made us all nervous. He demanded active listening which was a distraction. Bach was a disaster.

I had this great CD: E. Power Biggs plays Bach Organ Favorites. But Toccata and Fugue in D Minor got everybody talking about Dracula. The other organ pieces got even worse reactions. Someone may seem to hear well but understand poorly. No wonder teaching is difficult! I couldn’t understand the problem until Daryl spoke up, “Hey Mr. D. what is that stuff you’re playing? It sounds like we’re at a funeral.” I had forgotten how many of my students had experienced untimely death in their young lives and how often Bach is played at funerals. 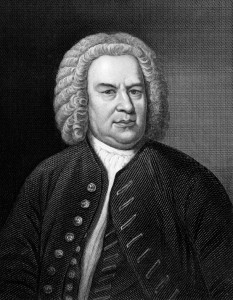 Daryl was shocked. “No! They didn’t call him that. Is that really what they called him?”

Someone may seem to hear well but understand poorly.