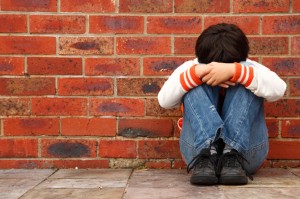 Were you bullied?  It seems like everyone has experienced some form of bullying or they know someone who has.  I was bullied.  My students found it hard to believe.  They mostly saw me as either a powerful, stern, loving father figure or a cruel task master (hey, some kids don’t like to be told to get to work).  But seeing tough old Mr. D. as the object of bullying?  You’ve got to be kidding!

Yes, I was bullied throughout my childhood.  Bullies have always given me the impression of being insecure cowards who feel they have a right to make themselves feel superior by putting someone else down.  They give themselves reasons for their actions which are really only lame unjustifiable excuses for cruel behavior.  Somehow, I appeared to have the personality and habits which gave every bully in my neighborhood and school a lame excuse to go after me.  That is why, as an adult responsible for the safety and welfare of my students, I was merciless with bullies in my classroom.  So, how was I bullied while growing up; and what did I do to survive, you ask?

I was terrible at sports.

Even though I was always big for my age and looked like I’d be good – I wasn’t.  Being born with a clef lip and palate, I spent many summers in the hospital while my friends were out playing baseball.  So, I couldn’t catch a fly ball (they still terrify me).  Due to the dangers of contact sports and the possibility of getting hit in the mouth while it was still healing, when school would start, I had to sit on the sidelines during football season and basketball season.

So, of course, kids would ask, “How come he gets to sit out?”  To which the P.E. teacher would reply, “He had an operation and can’t get hit in the mouth so he has to sit out.”  He can’t get hit?  So he won’t fight back.  Can you say, “Instant target for bullies?”  The really cruel ones would call me “Lip” and laugh at me but I didn’t really care.  I figured, “Hey, I was born this way.  What’s your excuse?”

I was Special Ed..

Throughout elementary school I was called out of class to go to speech therapy, which is a common therapy for clef palate patients.  And kids would ask, “How come he gets out of class?”  Which, of course, brought another reference to my deformity and more teasing.  It didn’t help that I responded so well to the therapy that I became a junior grade Demosthenes – everybody hates a loud mouthed smart-ass.

I got out of class a lot because I was into everything (see also: “Weird Al” Yankovic’s classic White & Nerdy it could be a biography of me).  I was in the school band; I was in the glee club; I played the piano for assemblies of all kinds; I was a Patrol Boy (ancient term for student crossing guard); I was an Eagle Scout; I was in the A.V. club at a time when the only way to get a movie in your classroom was to have the A.V. guys bring in a 16mm projector.  So the inevitable question, “How come he gets out of class?  And why can’t I?”  To which it was said, “He gets good grades.”  A nerd and a teacher’s pet equals target in the eyes of the unstable and the insecure.

Not every teacher liked me.

My eight grade math teacher called me a, “Whining Mama’s boy!”  Unfortunately he was right.  I had a lot of growing up to do.  It’s just a shame he felt a need to shout that derogatory opinion of me in front of the whole class.

There is a lot more; watch for future posts.  The most important issue is, how did I survive or cope with it all?  Let me start by giving you some words of caution: what worked for me may not work for you.  You have to judge each situation based on your own circumstance.  Even though I was terrified of getting sent back to the hospital, I would stand my ground and take a beating if I thought it was the right thing to do.  Or, if circumstances were different, I wasn’t ashamed to run away and avoid serious bodily injury.  You have to decide for yourself.

I was a floater.

One thing that helped was, as I said earlier, I was into everything.  I was what Rosalind Wiseman (author of Queen Bees & Wannabes which was the basis for the movie Mean Girls) called a floater.  I floated from one group to another.  Though I had tormentors everywhere, I recognized I had friends everywhere too.  When a girl from the ‘in crowd’ taunted me by saying, “Why are you running for Student Council President?  Nobody likes you.”  I paid it no mind and went on to win in an overwhelming landslide because I was a floater.

I had a philosophy that helped me.  Sometimes I’d actually say it to my tormentors.  More often, I kept it to myself.  I figured, I pity people who are so insecure that the only way they can feel good about themselves is to put somebody else down.

Finally, while I recognize that we are social creatures and we need approval from somewhere, we don’t need the approval of society’s mistakes, and bullies are society’s mistakes.  In What Happened to David I put my words into David’s mouth when he says to the bully, “Why should I care what you think?”