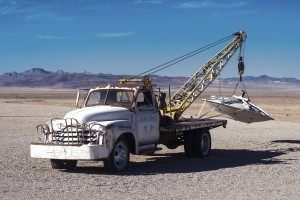 It all started innocently enough on a Tuesday morning.  It was late in the semester, our classes were somewhat stable and the kids had my routines down, so they ambled into the room peacefully.  They got to work, each at their own speed.  I welcomed them and took attendance.

I’ve said before, I run a tight goal oriented classroom.

I made it back to my desk, consulted the ‘Sign Up for Help’ sheet and was just about to call up the first kid when I noticed Nestor had his head down.  No sleeping amidships without Captain Bligh’s approval!

“Hey Nestor.  No sleeping in class.  Get to work.”

His head went down again.  This did not look good.

“Hey Nestor, how are you feeling?”

That fool did too much!

Nestor turned in his seat and tried to stand up, got about half way there and then all 6’ 2” 250 pounds of him came crashing back into his seat.  I have seen the darkest sides of intoxication and in my expert opinion: Nestor was toasted.  That fool did too much – whatever it was.

I called the office and they sent for the paramedics.  Due to the size and shape of the doorway to our bungalow, the paramedics couldn’t use their regular gurney because it wouldn’t fit.  So it took two paramedics, and four firefighters to master the exhausting task of carting our massive Nestor out on a stretcher (much to the amusement of the class).

I found out later that Nestor had drunk a concoction called Hells Bells.  Supposedly it was made up of all legal herbs.  Nestor was told to only take a mouthful so he, with typical teen bravado, drank half the bottle!  That fool did too much!  The paramedics reported that his organs had begun to shut down and if we hadn’t acted when we did, Nestor would have died in my classroom!  I saved a life!

For a while though, Nestor didn’t really appreciate the fact that I saved his life.  He had to come back to class and face everybody after that spectacle.  His buddy Arnold broke the ice, “Man!  You had everybody freaked out!  Mr. D. tried to move you and he couldn’t.  So he called the Principal and Security, and they couldn’t move you.  The Principal called the paramedics!  The paramedics called the fire department!  And the fire department called A TOW TRUCK!”