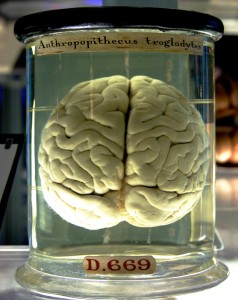 I was teaching 7th grade math back in the early ‘90s.  Some days teaching middle school math can be like trying to control a room full of puppies with chew toys – they aren’t trying to be bad, they’re just full of crazy, uncontrollable energy.  It can be frustrating and I was frustrated.

Finally, in a fit of angry vexation I bellowed, “Sit down and be quiet!  Don’t even THINK of acting up because I can read your minds!”

The room fell silent but there was one daring, young scamp who wasn’t buying it and as he folded his arms across his puffed up chest he challenged me, “Oh Yeah!  What am I thinking right now?”

I said, “You’re thinking that you’re one big bad Mack Daddy and you’d rather be Mackin’ at the mall, chasing ladies at the beach or anywhere on Earth but in this math class!”  His jaw dropped, his eyes bugged out and I could see that I had him.  Shooting fish in a barrel.

I know what you’re thinking.  You are thinking that I can’t really read minds and you are right – I can’t read minds.  I just remember what it’s like to be 12 or 13 and in 7th grade math.  Back in 1992 I would have called what I did using empathy to shoot fish in a barrel.  Since then I have learned that this technique is called ‘Cold Reading’ and the best resource for this is Ian Rowland’s wonderfully informative book The Full Facts book of Cold Reading.

I believe Mr. Rowland would say that I (accidentally but skillfully) used two elements of Cold Reading: one is called Fine Flattery and the other is called a Jaques Statement (neither one is mind reading).

“Fine Flattery statements are designed to flatter the… [person] in a subtle way likely to win agreement.”  ‘Mack Daddy’ was a hip hop term popular in the early ‘90s that mostly meant ‘lady’s man’ [it has since fallen out of common use being largely replaced by the term ‘player’ – pronounced “play yah”.  ‘Mackin’’ was the verbal use of the word.].  I felt confident using this form of flattery because, what gawky 13 year old boy with braces (who isn’t militantly gay) wants to publicly admit that he’s NOT a lady’s man?

The Jacques Statement was even more obvious.  “[A Jacques Statement] …consists of a… statement based on the different phases of life that we all pass through.”  Again, what 13 year old boy would publicly admit that he didn’t want to chase girls at the beach and would rather be in a 7th grade math class?

My advice: remember your empathy, buy Rowland’s book and then amaze your family, friends and students with your ability to read minds!