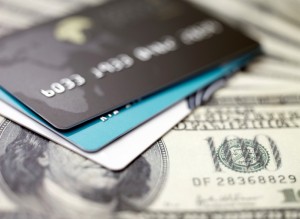 I taught the most hated and feared course in the curriculum to the most hated and feared students in the district.  For twenty years, I taught Algebra at a CDS school.  Community Day Schools (CDS) are ‘last chance’ alternative schools.  We’d get the most troubled, the most violent, the most at risk, the most hard headed, the unluckiest (personal problems or behind in credits), and the saddest (as well as the sweetest) teenage students you could possibly imagine.  My novella What Happened to David describes in greater detail the challenges these students face, but for right now just accept that I regularly had some very difficult clients.

Now on the particular day I’m talking about here, my class was made up of all boys and equally divided between hard core gangsters and wanna be gangstas.  I run a tight, goal oriented, mathematics classroom but even the best classroom manager will tell you that some days, you just have to go with the flow.  Today the flow was going toward a contest of who had survived the most impressive wounds – usually from gunshots or stabbings.

It started with a bloody bandage on the arm of a returning student, “This is where I got shot” and the floodgates opened.  Sleeves were rolled up, “This is where the bullet went through my arm.”  Shirts were pulled up, “This is where I got stabbed,” “This lump over here is where the bullet is still lodged in my leg,” and numerous variations on these themes.  Try as I might, I could not get us back on the track of mathematics.  They kept ignoring me and returning to the much more visceral joys of describing how much a bullet wound burns, how much blood is produced by different stabbings, how it feels to go into shock and how long emergency room visits and hospital stays could last.

One thing gun control advocates fail to realize (and please believe me, I support background checks and waiting periods for legal gun ownership) is that legal or illegal, as long as surviving gun (or other) violence gives you street credit, it will not end.  Think about it.  If he hadn’t been shot, the career of rapper 50 Cent might only have been worth Two Bits!

But during class I had no time for such philosophical musings.  I felt I had a duty to get us back to the real reason we were here – mathematics.  Drastic action was called for.  [Warning to parents and educators: do not use the following technique unless, like one of Julius Caesar’s assassins, Casca promised, you are prepared to place your foot as far as who goes farthest.  Brinkmanship with teens is a dangerous business.  I am an experienced professional and I believed (rightly, as it turned out) that I held a winning hand and knew how to play it.]

So I said, “That’s very impressive.”  I always try to acknowledge the pain and suffering of others before I up the ante.  “But I’ve been around a lot longer than you guys, and I bet I can come up with a hurt that tops all of them.”

“I was born with a cleft lip and palate.”  At this point I took a short while to describe this congenital defect and I passed around a brochure from The Smile Train which is a charity I support, which does cleft lip and palate surgeries around the world.  The brochure shows before and after photos and raises thoughtful questions among the students and eliminates a lot of disrespect and argument.  “I had between 10 and 15 surgeries from one month after I was born until just after I turned 18 (I don’t remember the exact number of surgeries).  But the one I want to tell you about happened when I was 14.  It’s was the one in which the center of my mouth was sewn closed for two weeks and I had to be awake while they performed the surgery!”

At this point I went into the graphic details of what it was like to be awake in surgery and how much it hurt while they shot Novocain into my cheeks, nose, lips and chin.  My students were silent as I described the sound of the surgeon cutting my swollen lips and the blood spurting all over. [Pedagogical justification: I am also a biology teacher and this is a life lesson, gruesome as it is].  But there’s no need to further belabor the details here.

And a room full of some of the toughest hombres in L.A. nodded their heads in agreement and mumbled, “Mr. D. knows what’s up.”

So with universal consensus putting the matter to rest, we actually got in some mathematics instruction before the period was over.