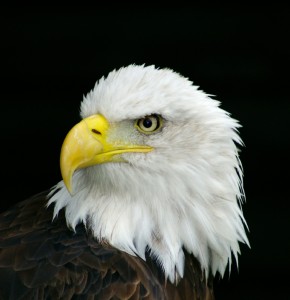 I had earned a reputation as a hard guy.  I was told that there were times when I was used as a threat.  Other adults on campus would tell students, “You better behave or I’ll transfer you to Mr. D.‘s class!”

Don’t get me wrong.  I’m a teacher not an ogre.  Some kids who liked my style of teaching would actually ask to transfer into my classes.  I was only a threat to behavior problems because I seemed to have eyes in the back of my head; I was constantly on guard; I have a painfully loud, drill instructor’s voice; and I would regularly stalk about the room like Captain Bligh inspecting everything.

The reality is I’m just a good actor.  I’m a burnt marshmallow, dark and crusty on the outside but soft and sweet on the inside.  I just kept it hidden.  It was good for business.

I often told the kids, “Your behavior effects my behavior.  You get to decide who you want standing up here teaching, Satan or Santa Claus!  Santa Claus is a jolly white haired man who is fun to be around and gives gifts (such as favors or the gifts of wisdom and knowledge).  Satan is not fun and enforces the rules to the extreme with no mercy.  So, who do you want up here, Satan or Santa Claus?”

Of course, every now and then, some fool would request Satan and I’d have to go into my mean teacher act.  But it was always an act.  I was just rather good at it.  So I earned a reputation as a hard guy.  Then I got asked to share my Kung Fu and I learned there are some skills you just can’t teach.

Mr. Smith was a teacher at a nearby alternative school.  Smith was having difficulty with classroom management.  He couldn’t control his classes.  So his head administrator talked with my boss and asked if Mr. Smith could talk to me and then observe my class.   My boss asked me and I was fine with it.  I have learned a lot from observing veteran teachers and I have always felt that observing other teachers’ classes has great value.  So I gave permission to pass on my phone number so Smith and I could talk and set something up.

A few days later, I got a call from Mr. Smith and I enthusiastically launched into my secrets of successful classroom management.  I told him that I believed the key to getting through to kids with behavior issues is to know what’s going on at all times.  You can’t know everything – no one can.  Kids do put things over on me, but only rarely.  You really have to stay on top of things.  You need to have the eyes of an eagle.

We set up a day when Mr. Smith would come and observe.  He showed up right after the start of second period.  I was busy passing out corrected papers so I asked him to sit at the computer by my desk while a student explained to him the cross-curricular, spreadsheet lesson we were doing cataloging and computing the sunrise and sunset times along with the hours and minutes of daylight.

As I returned to my desk, I realized the grievous error of my classroom management advice to Mr. Smith.  He was sitting with his nose pressed against the computer screen!  He had glasses with lenses as thick as the lenses on Mount Wilson’s telescope.  His vision was so bad that he had a tough time walking through my room.

I hated to be a prophet of doom but I had to be honest with him and I told him that, given his visual challenges, if he continued working with the hard cases, I’d have a difficult time predicting success for his efforts.  I know it sounds bad but I told him he’d do better to change teaching locations.

I later heard that he wound up teaching at the school for pregnant minors where they don’t move as fast and are less likely to engage in malicious mischief.  Fortunately, it was an assignment better suited to his talents.