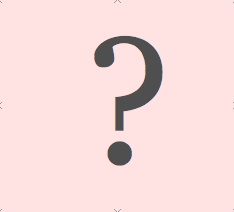 Using Ethics to Stand Up for Labor?

Recently, Joy Reid was interviewing James Baker on the Rachel Maddow Show and she missed a golden opportunity to use ethics questions to strike a blow for the workers of America. Ms. Reid isn’t the only interviewer who has missed opportunities to champion labor. I’ve seen it again and again in multiple interviews where reporters allow incomplete, vague, or softball answers to go unchallenged.

Reporters need to question the ethics of the notion that anything which is good for (read: profitable for) a businessman is then, by definition, good for America, and the American worker. Maybe if more people had challenged the notion that maximizing profits is always good business and is always good for America, we wouldn’t have a President-Elect who loves the American worker so much he promises to bring jobs back to America while he profits from manufacturing overseas.

What Questions to Ask?

I’d have jumped all over that. I’d have asked, “Are stockholder the only responsibility of a CEO?” To my way of thinking an ethical CEO has three obligations, all three necessary for the business to be ethical:

Is it ethical business if your stockholders make money but you make areas of the planet uninhabitable? How do you justify saying you are for America when your shareholders make money by throwing American workers out of their jobs because you can and it saves money?

Ms. Reid could have paraphrased Jacob Marley’s words of remorse in Dickens’ A Christmas Carol after Mr. Baker said Tillerson was a good man of business:

There were many times when Trump said that he was a great businessman, he was very rich and that he loves America and the American worker. Why didn’t anyone ever ask, “If you’re such a great businessman, why do you make all your vendors sign non disclosure agreements? Where are the American small business owners who worked for you? Why aren’t they up on stage saying how great it was to do business with you?”

Trump bemoaned our trade deals. He manufactured goods overseas. He bragged that he did it because it was good for business and he is a businessman. Why didn’t anyone ask, “Do you have to make the maximum profit if it means taking work out of the country? If you are such a great business man and so rich why don’t you manufacture in the USA at a smaller profit margin? That way, you could save jobs here in the U.S.. How many millions do you need to be happy? Can your money really make you happy if it means you are taking jobs away from the American workers you love so much?”

A Call to Teachers