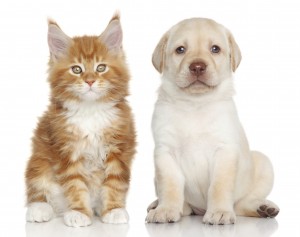 I believe there is great benefit in learning to read, write, speak and understand English especially if you’re living in an English speaking country.  But my heart goes out to anybody who is trying to learn English as a second or third language.  English is a crazy language.  And if you really want to know how crazy English is, try teaching it!

I’m not going to waste time telling you about the benefits of English.  I could go on about how I felt a loss because my Italian grandparents spoke so little English I never really had any kind of in depth conversation with them (my father refused to teach me Italian).  But that’s a story for another day.

We could debate who is at fault on the job when communication breaks down between the foreman and the worker due to a lack of English skills resulting in wasted time, money and materials.  That too is a conversation for another day.

I want you to think about how well you think you know English.  Do you think you could teach it?  I taught ESL (English as a Second Language) at Adult night school and I probably learned more by teaching it than my students learned by studying it!  For one thing, I learned that I wasn’t as smart as I thought I was.  Try these on for size.

One night a man came up to me and asked the hardest language question I ever heard.  It wasn’t something simple like, “What’s a sure fire way to master the pronunciation difference between the vocalized ‘s’ of ‘boxes’ and the unvocalized ‘s’ of ‘hats’?”  No.  Nothing that simple.  He came up to me and asked, “Teacher, what means the word ‘sootch’?”

I said, “I’m not sure I understand you.  Could you use it in a sentence?”

“Oh.  I think the word you mean is ‘such’ which has an ‘uh’ sound not an ‘oo’ sound.”  But then I was stumped!  Here was a word I had used regularly for decades and yet I was at a loss to quickly say what it means.  Think about it.  What do you think ‘such’ means?  I pause for reflection.

What would you say?  I was never shy about saying that I didn’t know an answer – I don’t know everything and I know I don’t know everything!  So I said, “That’s a tough one.  Let’s consult a dictionary.”  Does the rest of it matter?  Well…  The dictionary was a bit obscure: ‘such’ is a determiner, a predeterminer and a pronoun – not much help there.  So I cobbled together a working definition from several dictionaries.  ‘Such’ means, ‘behaves in the manner of’, ‘is like’, ‘is very much like a’ and phrases to that effect.  My student was satisfied and I felt pretty smug that I came up with that.  That was, until I freaked out an ESL class later that month.  Beware of idioms and figures of speech around the unsuspecting!

This Adult ESL night school was being held at one of the older middle schools in Hollywood.  The building had the ‘old school’ architecture where the rooms actually had large windows (as opposed to the modern windowless bunkers that are the current vogue).  The chalk board was to my back and as I faced the class, I could look out of the windows behind my students.  Suddenly, and though it is very rare in L.A., such things do happen, there was a flash of lightning, an explosion of thunder and a torrential rain gushed from the sky.  Not thinking of the effect my words might have on my students, I blurted out, “Holy Cow!  It’s raining cats and dogs!”

Terror spread over their faces and they whipped around to witness this menagerie falling from the sky!  Not only is English a crazy language but weather in America is “Muy Loco” too!

1 thought on “English is Crazy”