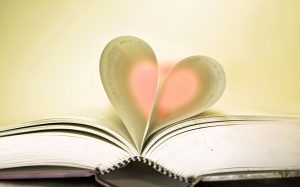 I tried not to show the horror I felt at this news. I would not deny Amy access to Algebra or any other learning opportunity. I would not shame her. I was outraged that such a situation existed. Dozens of questions flowed though my mind. Who got her pregnant? How old was he? What counsel had she gotten at age 11? Where were the adults in her life then and now? What support system did she think she had when she decided to have this child? What had the liberal establishment done to educate, or forestall or prevent this additional needy child from entering the world? Where were the Pro-Life (actually the Pro-Fetus) religious zealots, now that a new life was here in this world and in need of their time and financial support? Why do we allow such circumstances to exist?

Algebra is difficult enough for some students without distraction. To be in summer-school implies a student had some kind of difficulty with the subject. To try and learn Algebra with a four year old running around makes it even harder. When does empathy become enabling?

Am I selfish or selfless?

I thought about it. Because of this and many other untimely pregnancies, for the next 12 years (4 years for Amy, 12 years for Sally) your taxes and my taxes would be buying all sorts of school supplies and other necessities and even food for Amy and Sally (instead of lowering class size in the district, improving health and safety issues of infrastructure at schools or ‘God forbid,’ giving raises to teachers).

We, as teachers, are required to supply needy students (read that as, ‘any and all’ students) with books, paper, pens, pencils, art supplies, computers and band instruments. And if they lose the books or supplies or damage them, we can try to hold the parents financially accountable. But the reality is, we usually have to kiss that money goodbye. It is very hard to hold up grades due to lost books. Our inability to insist on responsible behavior sends a bad message to students and parents alike that there are no adverse consequences for irresponsible behaviors.

But I consider myself a man of the people. I would never deny an education or a grade to a student because they didn’t bring a pencil, got pregnant or lost a book. I’ve spent money out of my own pocket on my students. Does that mean I have to be content with the status quo? When does empathy become enabling?

Both conservatives and liberals have many wrong ideas about poverty.

How can conservatives think they are taking a moral high ground with the euphemism of ‘Pro Life’ when they insist on a woman having a baby but they refuse to educate the woman of all the consequences (financial, social and biological) of having that child. How can liberals think they are taking a moral high ground by being ‘Pro Choice’ yet they won’t educate the needy about the real consequences of that choice (financial, social and biological). The real moral high ground would be to actively campaign for better parenting/life skills/financial planning classes.

I once heard a religious leader say that parenting is the ultimate optimism. Unthinking optimism has the potential to be very dangerous. I’m not asking for negativity here but a bit of reality coming from the classroom would be in order. I taught Financial Planning. I had learned the subject the hard way – I was in serious debt for many years. I graduated on the Dean’s list from a Big Ten university and yet I knew next to nothing about being an adult or the true nature of adult responsibilities and I had the benefit of two hardworking parents who loved each other. All our emphasis on college will be wasted if we don’t do a better job of teaching parenting/life skills/financial planning to all of our students.

Many students in my class could be classified as needy. Their ignorance of finance meant that many would have a tough time of it and most likely continue the cycle of poverty and need. I had students in my class that thought they could eat on $100 a month. They believed that if they got pregnant the government would supply everything. One girl had maxed out her credit card just buying junk food (and only paying the minimum payment). She couldn’t understand how it happened. She wanted to take my class but couldn’t because she was behind in credits and Financial Planning was not a required course. Many students said they took my class so they could move out of their Mom’s house. But after a few weeks of making a budget based on the REAL income of an unskilled, uneducated worker, living with Mom looked a lot more endurable.

It’s not about shaming.

One reason we don’t do a better job of teaching parenting and finance is the worry that it will shame those from single parent and low income homes. When does empathy become enabling? It’s not about shame. We have to have the courage to say, “Statistics teach us that being a single parent is very difficult and frequently puts your child at a great disadvantage; having children when you can’t support yourself is not effective parenting; having more children when you can’t feed the ones you have puts all your children in jeopardy,” and other words to that effect. If we don’t educate our students to these realities we are kidding ourselves about ever ameliorating poverty.

This is about making a choice between responsibility, repression or status quo. If we don’t define responsibility in terms of effectiveness and if we don’t examine or teach how to implement responsible behavior, we will surely be stuck with the status quo or worse – repression. Repression will come when those who make policy begin to really resent those who take advantage of our empathy (and if the 2016 election results are any bellwether, the move toward repression has already begun). Amy and Sally were/are a tragedy and deserve our empathy. But read on and tell me how you feel when you read how our empathy allows the irresponsible to game the system. In this example it’s in relationship to hunger (but I have also witnessed it with ‘professional renters’, foster parents for profit and other slick games).

Teach a man to fish and he’ll eat for a lifetime.

Yeah, but what if he doesn’t feel like fishing? What if he knows that you’ll be there tomorrow to give him another fish – why bother to try? I would never let a child go hungry but what do we do if our sincere efforts go astray?

Markus was in my first period Algebra class. Markus was a challenge. At that time the school district in its wisdom had a breakfast in the classroom program going on. The idea was to prevent hunger from interfering with learning – noble in its conception. The idea was that the district would provide breakfast during first period at 8AM and students would eat between 8:00 and 8:20. Then class would resume.

Markus always showed up late. He’d get there about 8:15 and want breakfast. Actually he’d want two breakfasts. He was a big, growing boy of 17. What do I do? I knew that, if they had the food, it was better to give it to Markus than to let the district throw it away – which is what they’d do. I couldn’t stand by and make a kid go hungry especially when food was paid for and available. So, for a few months I put up with Markus showing up late and eating two of the district’s high carbohydrate, high sugar breakfasts while missing out on Algebra instruction because he was eating.

Then one day curiosity got the better of me. I went to Markus and I said, “Markus, I want to ask you a question and you might find it a bit personal so you don’t have to answer me if you don’t want to.” Markus bid me to ask away. So I asked, “I noticed you always grab two breakfasts. Do you have any food at home?” He told me he did have food at home. He just didn’t get up in time to prepare anything. I thanked him for his candor and did a slow, silent burn at his teenaged laziness.

Markus never swore me to secrecy. So I was talking with another teacher about my outrage and how we were letting our empathy become enabling. I said, “Can you believe it. That kid has food at home and is too lazy to eat at home and he has no embarrassment in confessing his laziness!”

My colleague said, “That’s not the worst of it. He has plenty of food at home. His father owns a restaurant!”

It’s not about shaming.

It’s about teaching. Markus wasn’t trying to game the system. He had no idea of the scope of the consequences of his actions. He had no idea that the program could be canceled due to eating a free breakfast that has to be paid for. No one taught him that there were students who could go hungry if the program got canceled. To him it was just free breakfast. When does empathy become enabling?

2 thoughts on “When Does Empathy Become Enabling?”