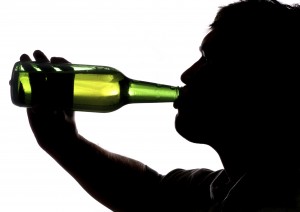 Raymond and Connie were sitting next to me working at the computer.  They were doing a multi disciplinary [math, science & computers] lesson on the hours and minutes of sunlight.  It involved looking up the sunrise and sunset times in the newspaper and entering them in the computer.  I was using peer tutoring.  Connie was the peer (student) tutor helping Raymond with the techniques of the lesson when she turned to me and whined, “Mr. Deeeeee!  Raymond’s not taking this seriously!”

I looked over and saw Raymond grinning like a fool, stinking like a tavern and ‘…to judge by the distempered countenance and cloudy eye,’ Raymond ‘had long since gone beyond the boundaries of moderation…’  In brief, Raymond was drunk as a skunk.  And it was only 8:30 in the morning!  So I sent him to the office.

On another morning the sisters Hera and Diana (who sat at opposite ends of the room) were giggling and waving at each other.  To make light of it and call attention to the fact that they weren’t working I said, “Hey, next time there’s a party be sure to invite everybody.”  Hera’s head wobbled as if her neck was made of jello.  Then she waved a finger and slurred, “No!  Ladies only.”  I then realized that they too ‘…had long since gone beyond the boundaries of moderation…’ and again it was only 8:30 in the morning!  I sent them to the office where they were corralled with two other girls from other classes who had joined them in their early morning revels.  Two of the four besotted girls were already moms and in the office their drunken hijinks turned from laughter to tears over their babies – what they were thinking nobody could figure out.

It is at those times that I would give my drugs lecture to my students emphasizing my vast experience and the fact that alcohol, though legal, is a very powerful and dangerous drug.  But you know teen agers aren’t likely to listen to a ‘just say no’ lecture with much respect so I always tried to teach with a parable about a real event.  My most effective or best received story was about my brother Michael.

For starters I’d remind them that any of us can do too much by accident, but when someone repeatedly goes overboard it is usually a sign of great pain or sickness.  When people are in pain they can do things which are illogical or ironic and sad as it may be, it can also be so ironic that it is funny (the internet is full of videos of painfully ironic behaviors that are also tragically funny).  So if you are moved to laugh, don’t feel guilty – just don’t wallow in it.

Michael was in a lot of pain and going through a bad time and doing a lot of drinking.  At times he’d call me up late at night, drunk as a lord, and berate me for making disco records (Hey, it was a job and I’m a professional!).  Bill was Michael’s drinking buddy and Bill was a bad influence.  As much pain as Michael was in, Bill was worse.  He was a totally unrepentant and incurable (because he never sought help) drunk.  Bill was such a menace to society when drunk that law enforcement took away his driver’s license.  Then they impounded his car.  That didn’t stop Bill.  He was such a heavy drinker and menace to navigation that law enforcement had to take away his bicycle!

At this point, Bill and Mike would drink at Mike’s place.  One evening after a bout of particularly heavy rounds, Michael fell into a drunken stupor on the couch in his living room.  The next thing he remembered was waking up in jail!  This is what Bill told him.

They had run out of beer.  Michael was unable to drive so Bill picked him up and put him in the car and took his keys and drove to the liquor store.  Of course Bill was toasted and shouldn’t have been behind the wheel either and they got busted.  That’s how Michael went to sleep at home and woke up in jail!

I wish I could say there’s a happy ending to this but there isn’t.  After getting out of jail, Bill got drunk, stole his mother’s car and ran it into a tree, killing himself.

I end this tale of woe by telling my students that if they find themselves getting too high too often, the problem isn’t the drug.  The drug is a symptom of deeper problems and they should get some help and deal with the pain.