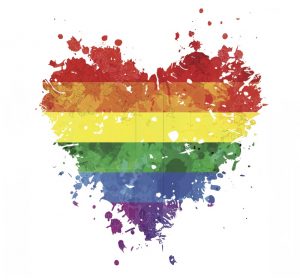 “Are You Gay?” Students have asked this question a lot in classrooms where I have taught, particularly when I was a substitute teacher. Why? Because it’s an easy way to derail a lesson. Once asked, it must be EFFECTIVELY answered or the class/lesson descends into homophobic giggling or worse.

This isn’t about being ashamed or trying to hide. It’s about keeping the class on task. I live in West Hollywood. My wife swam with West Hollywood Aquatics (a predominately, but not exclusively, openly gay swim team) and so I have met more than a few gay and lesbian teachers who have been asked this inappropriate question and some did not know how to respond. I write this for them and for any teacher who doesn’t want to be trapped by this question.

It is important to note that I was never asked about my sexual orientation by any openly gay students (see Embarrassing Questions). I am spectacularly handsome but I don’t think I give off a particularly gay vibe. When I was gigging with drummer PT (he’s the guy who recommended I should substitute teach for additional income which started my teaching career), he used to get angry with me on the job and on the break one night he fiercely scolded me, “Would you please get your head into the job? I can always tell when a pretty girl comes in the room because your playing goes to hell. Stop checking out the girls and get your head into the music!” He was right.

Mad Magazine and a word of caution

I consider myself a well read literati but I also loved Mad Magazine when I was growing up. One of my favorite features was ‘Mad Magazine’s Snappy Answers to Stupid Questions’ which I (fortunately or unfortunately) absorbed with relish. So I hereby confess – I am more than a little bit of a smart ass. So please take anything I say from here on out with caution. I have said before, “stay goal oriented” (see: Two Choices and the Gangsta) and remember that “brinkmanship with teens is a dangerous business” (see: Gangsta Street Credit).

My kids became enamored with ‘roasting’ one another. When done right it is a type of skillful insulting (Dave Chappell gives a master’s class with his bit “The Hater’s Ball”). But it frequently can come off as rude and hurtful so I avoid ‘roasting’ when I can. When the kids would ask if they could ‘roast’ me I’d say, “No way. It’s inappropriate to insult your teacher and if I answer back I might hurt you. I was selling woof cookies before you were a gleam in your Daddy’s eyes. So no roasting.”

But dealing with the “Are you Gay?” question is a bit different so while observing the previous words of caution let’s see some effective (snappy) answers that can quickly return the class to the appropriate lesson at hand.

None of Your Business

And the room goes up for grabs and nothing you can say calms things down. And sending a kid to the office for saying you are gay is not effective either.

What has worked for me:

The key to this technique is to take an embarrassing, insulting or inappropriate question and answer with an even more embarrassing question for the rude student.

S: “Are you gay?”
T: “Why do you ask? Are you having impure thoughts about me?”
S: “Hey man! What you trying to say?”
T: “I’m not saying anything. I was just trying to figure out why you’d ask an inappropriate question that has nothing to do with the lesson. One might guess that you must have some sort of personal interest.”

That would usually put an end to it (after a bit more of, “Hey man.” or “Naw, it ain’t like that.” and other excuses). I also might vary my responses to, “Are you gay,” with, “My wife doesn’t think so. Why are you interested?” or “Don’t get excited. I don’t date students.”

In each case the twofold goal is to not act embarrassed or ashamed and to return to the lesson. There is nothing to be embarrassed or ashamed about one’s sexuality or orientation but we do live in a world that has prejudices and expectations (‘If I ask if he’s gay it will blow his mind; distract him; everybody will laugh, and we won’t have to work.’) and this technique of answering a question with a question is a simple way of countering those prejudicial expectations.

But what if sex IS the lesson? Again, the teacher’s sexual orientation or gender identity is rarely (never?) appropriate. I always preferred to be just a bit mysterious about it. Once a kid asked me, “Hey Mr. D. what’s the wildest thing you ever did?” I just started to laugh and the kid said, “That’s okay I don’t wanna know.”

Here’s an example from a sex ed class where the presenter’s sexuality was used in an attempt to derail the lesson:

‘I had to establish that this wasn’t time for disrespect or comedy.
I asked, “Are there any questions?”
Ricky asked, “Hey, was that guy gay?”  Followed by snickering across the classroom.
I stayed cool and asked, “Why do you ask?  Did he ask you for a date?”
“Hey man!  What you trying to say?”
“I’m trying to say that good advice is good advice no matter the language or the presenter.  Unless the presenter asked you for a date (which he did not), his sexual orientation is irrelevant to our lesson!  Now, are there any serious questions?”  There were none so I proceeded with my lesson.’

The few times I did get a heartfelt question about human sexuality or how I looked at myself I made sure they understood what a continuum was. Then I’d say, “It’s possible to look at human sexuality as a continuum with masculine traits on one side and female on the other but with a subtle blending of each across the continuum in everyone.

“So you might see me one day getting up in some gangstas’ face and you might think, ‘Damn! Mr. D’s one tough son of a bitch.’ Then next day you see me reading poetry to the class and I start to cry and you think, ‘That fool ain’t tough at all. He’s all soft inside.’ Where do these behaviors fall on the continuum?”

Nobody ever asked me, “Are you gay?” after that.