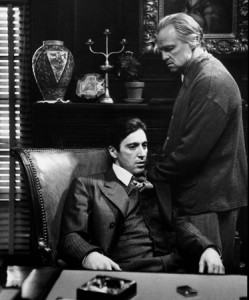 I had accepted a job in Musicians’ Hell.  I had just started working for the school district and was rather naive.  The job was band/orchestra instructor at a performing arts magnet middle school.  You’d think that such a job would be fun but…  It was late in the spring semester and I was the third band instructor these students had that year and I was as welcome as an evil stepfather in a dysfunctional family.

The room had a concrete floor and cinder block walls which amplified every sound.  In such a room, a whisper was as loud as a shout and when 40 adolescents with noise makers in their hands cut loose the sound was so ear piercing that I was sure I was being punished for some very wicked deed in my past.

To add to the noise factor – many of them were angry.  Too many changes of leadership had given rise to deep resentments and frustrations.  Forget about Hell and a woman scorned.  Hell hath no fury like a room full of angry teens!  The TEN drummers in the orchestra staged a violent strike (complete with signs and marches).  Students frequently refused to take me seriously.  Had I began the year with them in September, I would have had a chance to establish ground rules and win their support.  But by coming in in April (the kids had run off the previous teacher), trying to get respect from them was like Sisyphus pushing a very heavy stone up a very steep hill.

The worst outburst against me happened when I tried to correct one little boy’s playing and he loudly announced that I was wrong and I could kiss his ass if I didn’t like it.  I then did everything wrong.  At first I quietly and patiently appealed to his logic, after all, I was a college educated, experienced, studio musician with dozens of album credits to my name – so what?  I then went to the principal and told her what had happened.  She calmly informed me that we were to give every student an opportunity.  What does that mean?  I’m supposed to give every student an opportunity to tell me, “Kiss my ass!”?

At that time my ‘Teacher’s Toolbox’ was too new to be of any use but if I’d have known then what I know now, I’d have whipped out a ‘Godfather Speech’.

What I should have done (and what I’ve since done to great effect) was to adopt a look of wounded spirit and hurt feelings and, using a quiet voice like Don Corleone, I should have lamented, “What have I done to deserve this disrespect?”

This speech doesn’t work for every incident of disrespect but that’s why you have a ‘Teacher’s Toolbox’ – you pick your tools to fit your situations.  The beauty of this speech is it deflects the student’s attack.  An inexperienced adult might be tempted to say, “Don’t you talk to me that way!”  But that only sets up an adversarial situation.  You have to give the kid (or anyone else for that matter) a chance to back down or renegotiate without losing face (if possible).

By asking, “What have I done to deserve this disrespect?” you are giving the other person an out.  Sometimes kids have told me what I did that set them off and when I was wrong or maybe just a bit overzealous in my correction, it gave me an opportunity to apologize or work out a compromise behavior for the kid.  Sometimes the child would defiantly state that they had not disrespected me.  Then I could always say, “Maybe you didn’t feel it was disrespectful, but I’m very sensitive and my feelings are easily hurt and it sounded like disrespect to me.”  This is what is known as an ‘I Message’ in which you don’t accuse your assailant of being bad by saying ‘you’ but you identify the behavior as being hurtful.  Again, it gives you and the student a way out of a potentially explosive situation.