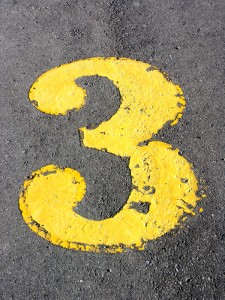 •  Your Child Could Be Mistaken:

We live in a culture which allows rude, obnoxious and even violent behaviors to be excused by our friends and family. Many of these behaviors could be considered bullying in different circumstances. In What Happened to David read what Mary has to say about the use of the phrase, ‘I was only playing.’

My brother has a friend, Dan, who always calls my brother “Numb- nuts.”  Dan has been a good friend. He calls my brother Numb-nuts as a term of brotherhood and affection. And my brother has so many women chasing him he is quite secure in his sexuality so he laughingly puts up with being called Numb-nuts.  But imagine the same epithet being used in a middle school locker-room on a 12 year old boy who has yet to enter puberty.  Is it an expression of fellowship or derision?  Is it friendship or bullying?

In the movie Rush Hour, Chris Tucker uses the “N” word as a warm greeting toward his cousin and none of the African-Americans present take offense. But immediately after hearing the American example, Jackie Chan mistakenly imitates the same phrase, instantly offending all the Blacks in the room. Was it an expression of fellowship or derision?  Was it friendship or bullying?  Was it an innocent mistake?

This concept of using an insult (or even a smack upside the head) as a show of friendship or fellowship is not new or restricted to American culture. In R. L. Stevenson’s novel The Black Arrow (written in the 19th century about 15th century England. Kindle Loc: 258) one of the villains makes some insulting and derogatory remarks about another character’s gender and then laughs it off with the 15th century equivalent of “I was only playing” by saying, “think not that I mock at you except to mirth, as between kinsfolk and singular friends.”

This kind of insulting becomes a problem when it goes too far, which can happen even “between kinsfolk and singular friends.” If you have more than one child you’ve seen it happen, but friendly jibes can be incorrectly seen as insults even to the strongest of personalities.  In 46 BC, Julius Caesar was given a triumph (a seriously big time parade of honor). His soldiers “who marched in the procession… had no qualms about causing offense. Long-standing tradition gave them license… to chant bawdy rhymes at the expense of their commander…[They]… sang of his mistresses in Gaul… [they called him] ‘the bald adulterer’.”   But when they brought up Caesar’s bisexual affair with Nicomedes of Bithynia, “This was the only slur that annoyed Caesar.” (Goldsworthy. Caesar pp.469~470)

So before you let righteous adult anger get you in trouble, make sure you aren’t dealing with a childish misunderstanding. But there could be something else at play.

•  Your Child Could Be Lying:

Don’t tell me your child never lies.  Be honest.  Are you telling me YOU never told a lie to your parents ever?  Well maybe you didn’t tell a full blown lie. Perhaps it was just a bending of the truth in your favor.  Children have a knack for telling a partial truth that conceals some more important truth. Your daughter claims Nadine, a girl at school, threatened to kick her ass after school. You ask your daughter if she did anything to provoke Nadine. Your daughter assures you that she didn’t do anything to Nadine. Then later it comes out that your daughter was telling other girls that Nadine was a slut and a whore.  When you confront your daughter with this, she blithely states that she told other girls ABOUT Nadine but she never said anything TO Nadine. Was it a lie?

To check out a much more detailed explanation of how kids can manipulate the truth see James Lehman’s The Total Transformation Program.  He gives more details and examples to sharpen your investigative and protective skills than we have time for here.

•  Schools Have to Obey The Rules of Law

So you’ve done your due diligence.  You are convinced your child is not mistaken or bending the truth.  You still should not assault or batter anyone to protect your child, because the schools and law enforcement must follow the rules of evidence.

I have seen cases where there was just no evidence which would give the school or law enforcement legal justification to take action. This theme, that evidence can work for you or against you, is central to the action in my novella What Happened to David. Of course in the case where there is evidence such as cuts, bruises, bullying e-mails or public threats and the school does nothing, you should get legal counsel and investigate your options within the law.  In the case of my friend Robert, assaulting the Principal in front of numerous witnesses does not protect his daughter.  The evidence works in favor of the bully.