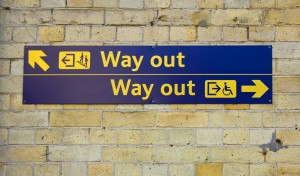 This post will be written as an open letter to Mr. B. [you can see his full letter in the comments section of Two Choices and the Gangsta’]. This post and many of my writings in general are dedicated to any teacher or parent who has tried the current mainstream methods of inspiring a child (or children) yet nothing seems to work. I wrote Two Choices and the Gangsta’ [as well as other examples of Two Choices Technique in numerous other situations and posts] for those who have reached the end of their rope. I also write for those who would offer advice.

Mr. B. had read my post. He offered some very common, very sound but very unusable advice. It seems as though I did a poor job of communicating just how dangerous my situation was. I had submitted my post, in response to a Twitter post, as an example of how to defuse a very volatile and dangerous situation, and still keep the kid in class. Yet, Mr. B. (and others at other times) questioned whether or not I had achieved a worthy goal, or some measure of real success. It’s as if I were guilty of unfeeling manipulation, or had just sort of ‘lorded it over’ the kid.

The following clarification of that post and my responses to Mr. B.’s valid concerns could be written to any teacher or pundit who advises being nice and student centered. I write this to help.

Thank you for reading my post and offering your polite, thoughtful, and helpful comments. Your students are lucky to have such a caring individual as you for their teacher. I agreed with everything you said. It was very good advice for a young teacher in a majority of the classrooms in America where classroom makeup remains the same throughout the year. I don’t understand why you thought it would be of any help to me. Particularly, how would it have helped in that situation of which I wrote?

If we were to critique my use of Two Choices Technique (or to offer any useful advice), I think it would be more effective to take a Socratic approach to figure out: Why did I use it at all? And: By what criteria do we determine its level of success or failure? And then I believe it would be helpful to give action oriented advice. Give concrete examples of what you believe could or should have been done.