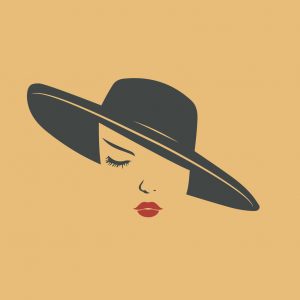 Don’t worry! I always edit the story and examples to be age and lesson appropriate for my kids (you’re going to get the unabridged version). I tried my best to work life skills and financial planning into as many lessons as I could. I would use the following story to teach about: love (i.e. it’s okay to like the package but be sure you love the heart and mind); drugs (that fool did too much); and some of the warning signs telling you you’re dealing with a damaged soul. See if you could develop any life lessons from the following.

I fell in love

My brother Michael and I had a rock & roll band all through high school. But when I went away to college, we had to break up the band and we each found other guys to work with. One day, while home from U. of I., I attended a performance by my brother’s band and there she was… Ariel was the most beautiful girl I had ever seen. I fell in love at first sight. I had my brother introduce me. I asked her to go with me to the annual Thanksgiving Day concert by the band known as ‘Chicago’. Ariel still lived at home and if I were to date her (I was 19, she was 17) I had to ask her mother.

Ariel’s mom had a reputation for scaring off potential suitors but I was ready for her. Mom got down to business right away and asked me, “Why should I trust you with my daughter?”

I told her, “You shouldn’t trust me. Trust your daughter. You raised her. You didn’t raise me.” Mom apparently liked my answer and Ariel accompanied me to the concert. I was in heaven.

It wasn’t only looks. Ariel was the beautiful, worldly girl from the affluent suburbs and I was the scruffy guy from the working class part of town. She and her friends were sophisticated. They turned me on to H.P. Lovecraft, both the author and the band. With Ariel and her crowd, I got introduced to 2nd City and I saw John Belushi (5 years before he was on SNL). She opened up a different world and new ways of thinking for me. She taught me how to reinvent myself, something she did regularly. We dated non exclusively because I lived 200 miles away at college. But I didn’t care. I thought I was in love.

The lesson to be learned here: It’s okay to like the package but be sure you love the heart and mind; or Don’t be blinded by mere physical beauty. But I was young, impatient, and too inexperienced to see or recognize any warning signs.

Right after Ariel graduated from high school she moved out of her parents’ house. It didn’t seem all that significant at the time. Ariel had started modeling during her senior year (did I tell you she was beautiful?). I also know about the itch to get out of the house (I had it too) but… I had no idea what the lifestyle of a model was like. I had no idea what it cost (with no roommates) to rent a one thousand square foot, single bedroom apartment on Chicago’s posh north side. I only knew I was dating a Vogue model who moonlighted as a bunny at the world famous Chicago Playboy Club.

The warning sign? A small one – but I should have told myself, ‘This lady has a taste for high adventure and you don’t know how far it goes. At this time use your head and don’t lose your heart.’ But I didn’t tell myself anything.

I was still going to school (living) in Champaign Il. while Ariel was working in Chicago. She came down to visit. I picked her up at the train station and we went to my attic apartment. Ariel walked in, took her shoes off, laid on my bed and fell asleep. She slept the whole weekend, waking only to eat. She apologized. She said she had been working a lot.

The warning sign? By this time I had enough experience with pushing the limits of endurance that I suspected her apology was not totally sincere. I’d done enough all-nighters (term papers, exams, parties, performances) to know the only way you are that tired is if you have been staying up for several days. I should have told myself, ‘She’s just not that into you. Models don’t work 24/7. She’s been partying and didn’t think to save some energy to see you.’ But the heart wants what the heart wants, so I didn’t tell myself anything.

Big Night at the Elgin Lottery

Elgin, Illinois is a basically industrial city west of Chicago. There used to be a nightclub there called the ‘Elgin Lottery’ which catered to middle class and working class clientele. It was my kind of joint and I loved performing there. Some nights were slow with few patrons. Some nights were ‘date night’ packed with loving couples. Other nights were rather rough with much of the audience consisting of bikers and drunken women of easy virtue. Yes, the Lottery liked rock & roll, boogie-woogie, and that low down, big city blues (I’m playing piano on this link). Perfect place to bring a sophisticated lady – I thought.

One of the things I liked about the Lottery was its stage and dance floor set up. Many clubs have a stage the size of a postage stamp which is stuck in some dark corner. The Lottery had a legit stage up off the dance floor. The dance floor was actually a pit or sunken dance floor. You had to walk down a staircase of about five steps to get to it from the tables above. The stairs were right by the stage next to where I was playing.

This is dedicated to the one I love.

It was the third set of the night and I wanted to dedicate a song to Ariel. I told her I was going to dedicate the song to her and I wanted her to pay special attention to the words. The song was an old Michael Bloomfield tune called ‘Blues on the West Side’. I picked it to dedicate to Ariel because of the lines:

Ariel positioned herself right by the stage at the top of the stairs which led down to the dance floor. I said, “This is dedicated to the one I love,” and we launched into the tortuous slow blues. The dance floor was empty. The crowd was quiet, laid back and probably a bit bored. When we finished the tune, the crowd went mild. I looked over at Ariel for her reaction. Her eyes were closed. She wasn’t grooving on the music. She was passed out standing up!

I reached over my keyboard to try to rouse her. All I did was gently touch her shoulder. She startled awake, loudly slurred, “Play it.” She took one step back, lost her balance and tumbled down the stairs on to the empty dance floor. She landed on her ass with her legs spread out in front of her. The room was stunned to silence. She laughed and then loudly slurred, “Far out!” The waitress helped her to a chair.

The problem was that, unbeknownst to me, earlier that night Ariel had eaten a handful of quaaludes (a popular muscle relaxant which was so abused that it was eventually taken off the market). She was intoxicated beyond any measure of moderation. It was a bad sign.

When we went on break, the club owner, a fellow I knew to be open minded and adventurous himself, called me over and said, “Hey Man. I like your band but next time leave your trashy girlfriend at home!” What could I say but, “Okay.”

I still loved her but this was more than I could handle. We drifted apart but I’ll never forget her.

1 thought on “My Trashy Girlfriend: A Lesson on Sex, Drugs and Rock & Roll”